Woman Dies from Post-op Stroke When Anticoagulant Not Restarted 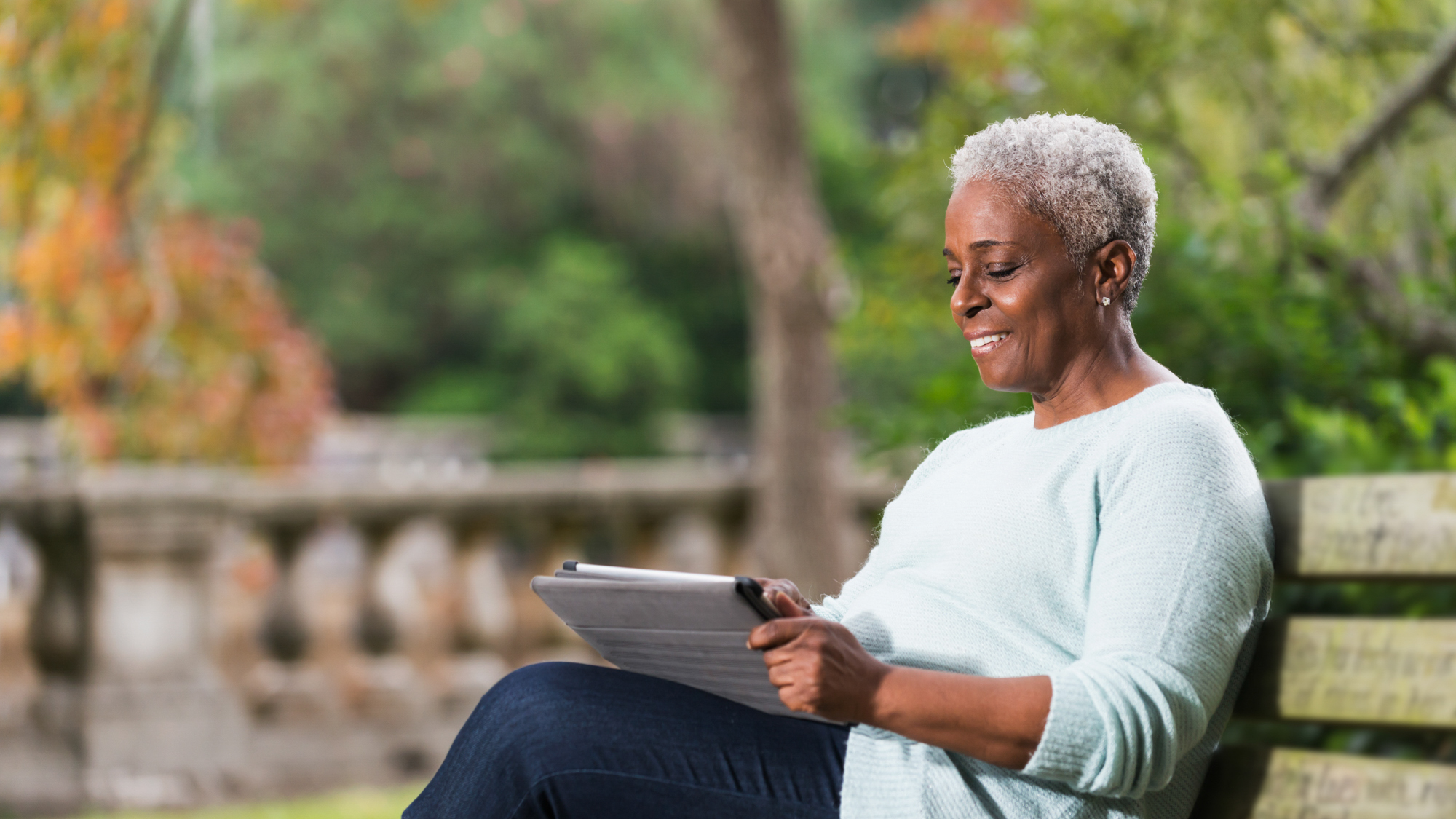 My mother had heart problems. One day she had trouble breathing and felt dizzy so she went to the emergency room. They did some procedure. But it turns out they didn’t put her back on blood thinners after the operation, and because of that she had a stroke, and she died a few weeks later.

A 65-year-old female with a history of hypertension, atrial fibrillation on warfarin, and an embolic stroke 10 years prior, presented to the Emergency Department with symptoms of congestive heart failure.

The patient was admitted to the hospital for a percutaneous mitral valvuloplasty procedure in the cardiac catheterization lab. Warfarin was discontinued, and she was started on a heparin infusion to maintain a therapeutic PTT.

During preparation for the procedure, the patient’s heparin was stopped. Following a successful percutaneous mitral valvuloplasty, the patient was transferred to a cardiac step-down unit. The interventional cardiologist asked the resident to restart the heparin four hours after the vascular sheaths were removed. However, the post-procedure orders did not reference restarting the anticoagulation therapy in the follow-up instructions.

On review of the patient’s labs and orders, the resident noted that the PTT and activated coagulation time were therapeutic. No one realized that the heparin was not ordered until 15 hours later, when the morning PTT resulted at a subtherapeutic level, and it was immediately restarted. About five hours later, the patient was found unresponsive and was diagnosed with an acute stroke. She underwent an emergent intra-arterial thrombectomy for revascularization of an acute middle cerebral artery occlusion.

The patient developed major neurological deficits and was given comfort measures only. Two weeks later, she died.

In a lawsuit naming four physicians, the patient’s estate alleged negligent failure to restart anticoagulation, resulting in a stroke and, ultimately, her death. This case settled for more than $2 million.

To discuss the risk management and patient safety aspects of the case, Dr. Adam Schaffer joins us now. Dr. Schaffer is an attending physician at Brigham and Women’s Hospital in Boston and a senior clinical analytics specialist for CRICO.

Q.) Adam, thank you for joining us.

A.) I’m happy to be here to discuss the case.

Q.) Are there aspects of the clinical case that make it a high risk for medical error potentially leading to a claim?

A.) There are a number of features of this case that set the stage for some of the clinical missteps that occurred. First, the event occurred in the setting of a care transition. Care transitions are when a patient moves from being cared for in one location of the hospital to another, such as being cared for in a procedural area such as the cardiac catheterization lab and then being moved to a stepdown unit to receive postprocedural care, as occurred in this case. Care transitions also occur when a patient moves from being cared for in one setting, such as an acute care hospital to another setting, such as a skilled nursing facility. When we consider why care transitions are a time of heightened risk for medical errors, a principal factor is that there is a lot of information that needs to be communicated from the transferring team to the receiving team in order to ensure a safe, seamless care. And when important information gets lost in the transition, then there is an increased likelihood of errors occurring.

A.) Blood thinning medications are among the most common type of medications involved in medical errors. One report by Grissinger and Colleagues from the Joint Commission Journal on Quality & Patient Safety looked at various patient safety reporting systems in 2005 and found that reports related to the heparin family of anticoagulants accounted for over 10,000 reports of patient safety incidents, and these incidents constituted 3.5 to 5.5 percent of all reports to the patient safety reporting system.

Indeed, given how complicated the dosing of heparin is, we have moved to using alternate newer anticoagulants for many clinical applications.

Q.) Adam, you mentioned how the case contains some features that we frequently see in malpractice claims. What kind of strategies do we have to prevent medical error like the ones that led to the claim in this case.

A.) We discussed how a communication breakdown in the setting of a care transition is an important factor in this case. One of the ways to address this is to systematize and standardize the communication between the clinicians involved. This is especially important during the time of the care transition which we noted to be a time of increased patient safety risk. One approach to standardizing handoffs between clinicians during the care transitions is IPASS, which is a structured approach to conveying important information about a patient during handoffs from clinical team to another. The IPASS abbreviation serves as a mnemonic for the key pieces of information that are conveyed as part of the handoff: Illness Severity, Patient summary, Action list, Situational awareness and contingency planning, and Synthesis by the receiver.

When I think about which of these steps might have potentially prevented the error that occurred here, it is the synthesis by the receiver. I can imagine the resident summarizing and synthesizing information received from the interventional cardiologist who performed the procedure and saying, “So I will restart the patient on heparin four hours after the vascular sheaths are removed and monitor the PTT as per protocol.” And at that point the interventional cardiologist might have explained that the PTT was already abnormal in this patient and so different coagulation parameters would need to be monitored. This would have let the resident know that the PTT could not be relied upon to determine whether the patient was anticoagulated. This might potentially at least have averted the adverse event that occurred in this case.

Another issue to think about is who should be writing the post-procedure orders on this patient. It appears in this case it was the resident who received the patient in the stepdown unit after the procedure was performed who is responsible for writing the orders. This is potentially problematic because a physician who is still in training and who may only be taking care of a limited number of these type of post-procedure patients may not know all the clinical nuances pertaining to their care. A better approach might have been have the interventional cardiologist who regularly performs these procedures write the post-procedural order set. This post-procedure order set could then follow the patient to the stepdown unit where the resident assuming care of the patient would review and activate the orders. This may also be a situation where there’s a role for a nurse-driven protocol in which nurses manage an aspect of the clinical care independently. As an example, nurse-driven protocols for managing heparin infusions have been used successfully at many institutions.

Q.) What are some actions the institution can take to try to ensure that an event like this isn’t repeated?

A.) So this is a case in which I think it would be valuable to perform a root cause analysis. It’s really crucial that institutions learn from the mistakes that happened so that these mistakes are not repeated. Some examples of issues that a root cause analysis might look at in a case such as this include whether there were staffing issues, such as the resident caring for an unreasonably large number of patients. Or were there issues with the team environment such that the resident did not feel comfortable contacting the supervising attending physician with questions because of fear that asking these questions might result in the attending admonishing them? And to promote patient safety, an institution needs to establish systems that serves as a backstop so that lapses in vigilance by providers, which are inevitable, do not result in harm to patient, such as having order sets and protocols in place to care for patients who recently underwent percutaneous mitral valvuloplasty.

It is also worth considering whether having a checklist in place to assist with the post-procedural care of these patients might be useful. Another idea would be to have all post-percutaneous mitral valvuloplasty patients cared for on the same unit to allow staff there to gain more experience caring for this type of patient population. I can think of many times when I was a resident and as an attending in which working alongside an experienced nurse helped compensate for my lack of experience.