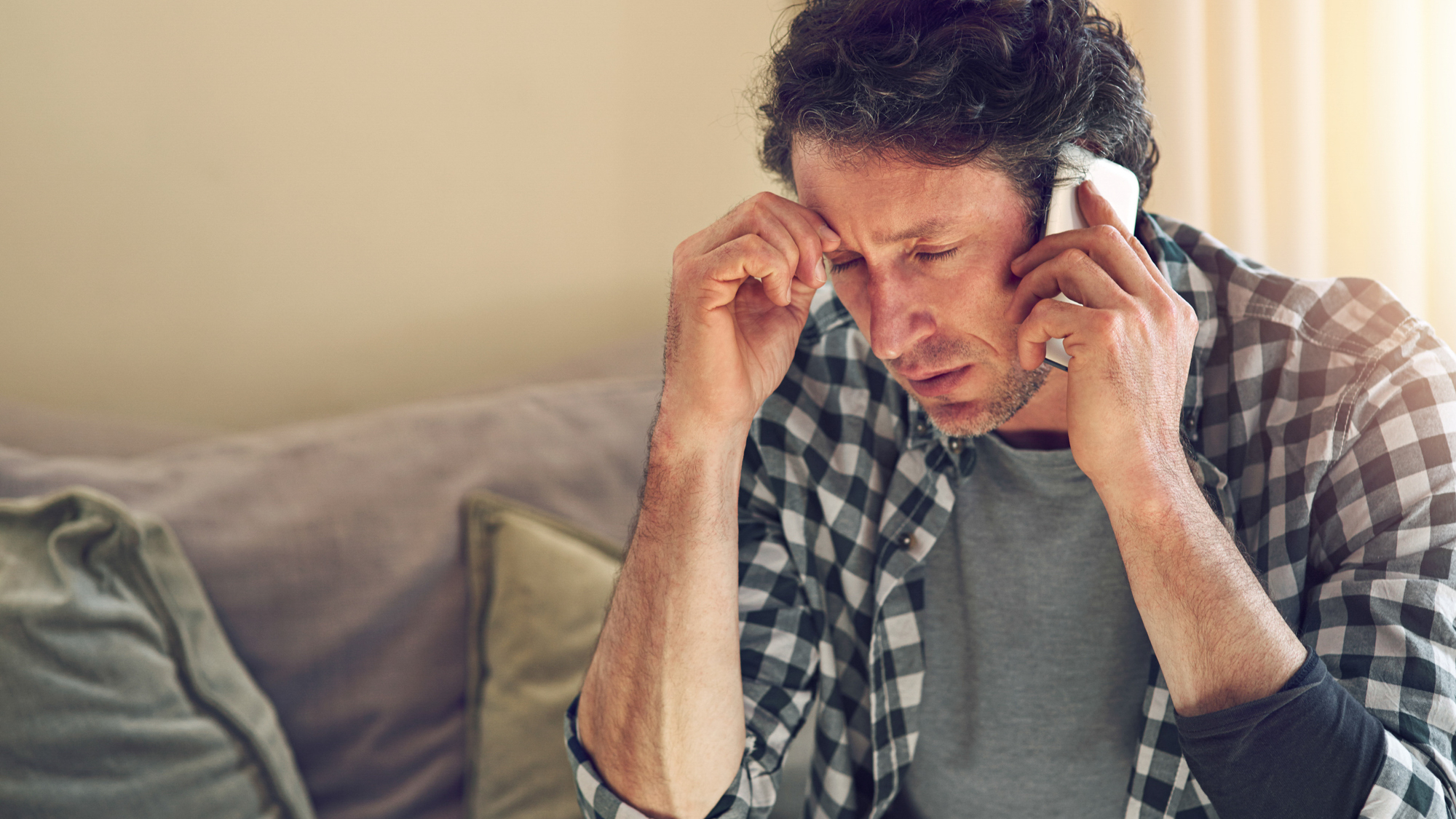 The following case abstract is from closed malpractice claims in the Harvard medical system. Some details have been changed to mask identities. For more information, refer to this case study in our “Are You Safe?” collection.

On a winter Saturday at 8 p.m., a father called his son’s pediatrician’s office and told the nurse practitioner that his nine-year-old had not felt well for three days: nausea, vomiting, decreased oral intake, no solid food, weakness, and lethargy, including sleeping 24 hours straight.

Suspecting the flu, the nurse asked if the boy was alert and had passed any urine. The answer to both questions was “yes.” The boy did not have a fever or rash. The NP asked the father if he felt if his son would be “okay” that night or should be seen right away. And the father replied, that he didn’t think his son needed to be seen right away, but was concerned that he hadn’t eaten. The NP advised pushing ginger ale and making sure he was urinating.

When the father checked on the boy 8 hours later at 4:00 a.m., he was sleeping and his breathing was more rapid. At 8:30 a.m., however, the father found his son was not breathing, called 911, and started CPR, but the boy could not be revived.

Autopsy revealed diabetic ketoacidosis. His blood sugar and hemoglobin were very high outside the normal range. The child had undiagnosed diabetes mellitus.

The parents sued the nurse practitioner and the pediatric practice for negligent delay in diagnosis, and the case was settled in the high range.

To discuss the patient safety and risk management aspects of this case, we turn to Dr. Terese Berry. Dr. Berry is a pediatrician and a consultant with CRICO, the group of patient safety and malpractice insurance companies owned by and serving the Harvard medical institutions.

Q.) Thank you for joining us, Terese

A.) Thank you for having me.

Q.) What is the first thing that you think about when you consider the outcome for this patient? It was a child. His father played a large role communicating with the provider over the phone.

Q.) What do you think was going on with the nurse practitioner who was getting information from this father, making this diagnosis on the phone, and then the father following that advice and just not being able to get the patient in on time?

A.) Well in this particular case, it was clear early on that the nurse practitioner who was doing the triage of the phone call had what we call a fixation error on a diagnosis early on. She fixated on a diagnosis of a stomach virus or the “flu” and she really didn’t ask other questions of the father to see if there was another diagnosis other than the flu. Some of the questions she could have asked: Were other family members sick? When did he actually last eat for sure.

I had the opportunity to listen to the phone transcript, and the father multiple times used several phrases, over and over again, which were his main concerns about his son. And those phrases were that he was weak, that he was pale, and he was very concerned that he actually not consumed any solid food at all for three full days. Some other historical pieces that the father shared with the nurse practitioner were that the child was so weak that he was unable to ambulate down the stairs and that the father had to carry him, that he was very lethargic and that he had slept for a full 24-hour period of time, which for a nine-year-old is very, very unusual.

Q.) So all of these extra questions that the nurse practitioner could have asked suggests that she needed to widen the differential?

Q.) And primary care practices, when we look at their practice for evaluating patients over the phone, it seems like everybody does it a little bit differently. Do we see improvements in these kinds of outcomes when the telephone protocols are more explicit or standardized?

A.) Absolutely. Over the last 25–30 years, I would say more and more practices have gone to either using call centers or having their own nurses and nurse practitioners use standardize protocols. The reason for that is that it allows the triage person, be it a nurse or nurse practitioner, to have a more focused history taking. It is not easy for any of us to remember all the questions we should ask. It’s important to have the people who are using these protocols trained.

A good protocol allows the person who is asking the questions to ask additional questions and to override the recommendation. Say, for example, if you ask a series of questions and the protocol said home observation adequate. You could override that depending on your clinical judgment. Say you heard from the parents by their repeated questions, by the level of concern that they have, that they want their child seen, in which case you would say I think you should bring your child in to be seen. It’s important to be able to have that in a protocol.

The most important thing, no matter whether you’re using a protocol or just having people answer the phone, is documentation of what the concerns are, what the presentation was, what questions you asked, what answers were given to you, and most importantly what your plan was for follow-up.

With pretty specific recommendations for, say if you told the parent to observe their child at home, what are the criteria for we the triage nurses or even a physician if you’re doing your own phone triage, when do we want you to call us back, when do we want you to come in, and that needs to be documented. That’s not only for the patient’s benefit but your protection later on down the line.

Q.) It sounds like you don’t have to necessarily make an accurate complete diagnosis over the phone.

A.) That’s correct. Again, you do not have eyes on the patient. You haven’t been able to examine the patient. Even focus questions aren’t necessarily going to give you a diagnosis, and no one would expect you to make a diagnosis over the phone. The most important answer that you want to get right is whether this patient needs to be seen now or can they wait.

While standardized protocols are exceptionally helpful, we as triage nurses and physicians shouldn’t forget that they are what we would call the ‘decision aid’ and they can’t replace clinical judgment. If you’re listening and you hear concern in the background and it doesn’t fit any particular line on a protocol, your clinical judgment is more important and if you feel that the child needs to be seen or the parent needs to be seen, then you should refer them.

Q.) Do some of these phone protocols involve calling the patient back? I don’t know if that’s practical.

A.) It absolutely is, and depending on which protocol you use or which arm of a protocol a patient ends up on, yes, there would be: ‘return a phone call’ in, say, four hours, depending on the age of the patient, the presenting complaint. And it’s important that, depending on the situation, the onus isn’t only on the parent of the sick child, obviously.

Q.) The heartbreak for the parents is terrible enough, but the feelings of guilt for not knowing when to get their child in front of a provider must be devastating and really for patients of any age and their families. Are there better ways for providers to understand that balance between the patient and family role and then the provider’s responsibility and communication?

A.) Absolutely. It’s really important to remember as a provider, whether you be a nurse or physician, that most patients and their families don’t want to bother you at night or on weekends. I’m sure every practice has a handful of patients that they know are going to call them frequently, but for the most part most people do not want to bother their doctor. So that when they do call in, the level of concern, obviously they are going to vary from family to family—especially a father is calling in on a Saturday night, one would need to take a step back and say this is probably a father who is very concerned and look maybe beneath what he’s saying to try and get why is he calling.

Another thing that is very important to remember—and anyone who has done phone triage is well aware of this and it’s where some of the pitfalls come in—is you cannot see the child. We’ve all been there, and you really do need to err on the side of—as best you can—getting from the parent how that child looks to them. And they’re the ones that have been with the child and if that child looks sick to them in their eyes, then that child needs to be seen.