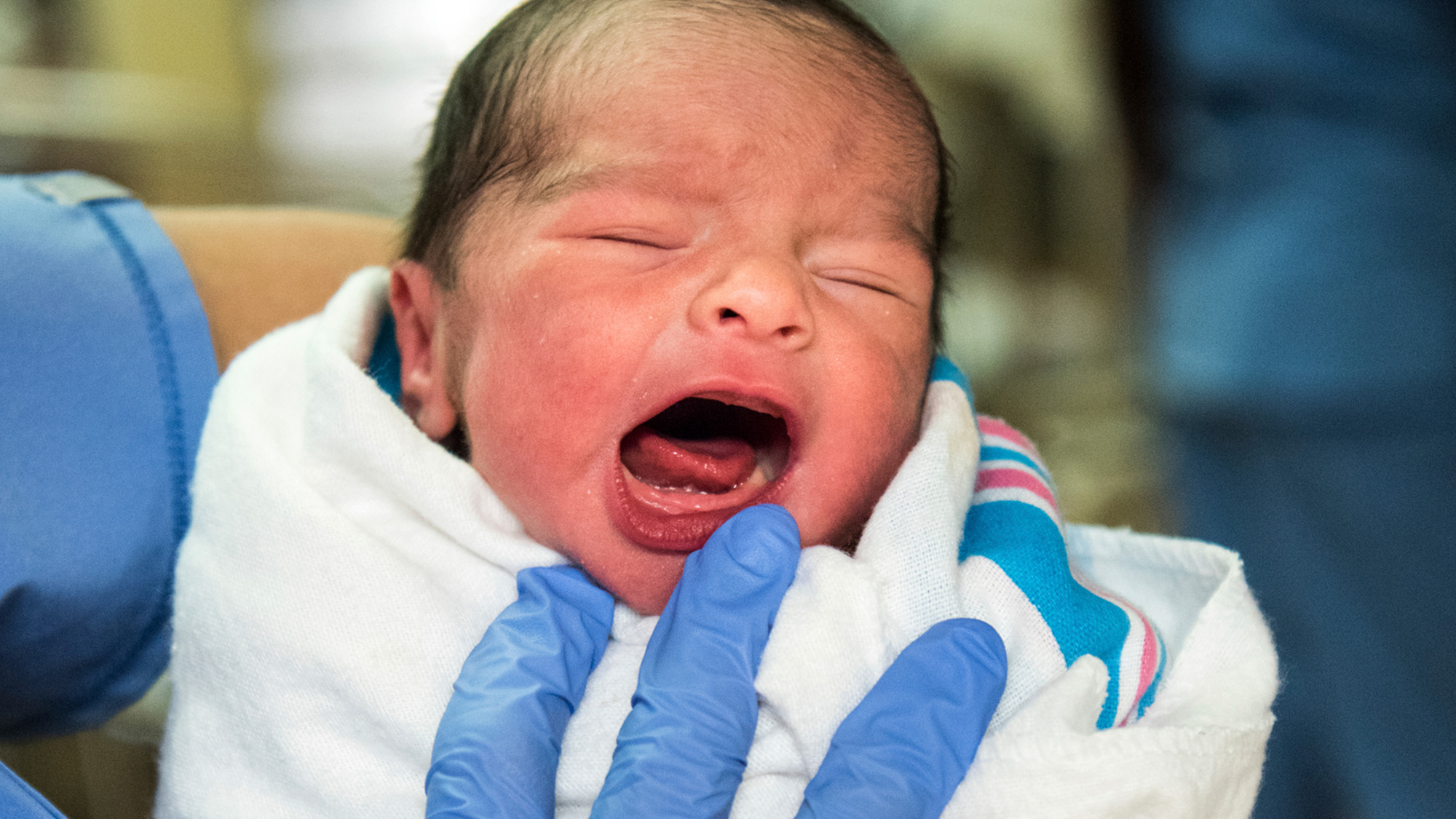 The following case abstract is based on closed claims in the Harvard medical system. Some details were changed to protect identities.

In this case a baby was delivered by emergency C-section due to fetal bradycardia after a trial of forceps delivery. She was born with low Apgar scores, resuscitated and intubated. She was left with significant neurologic impairment and abnormal brain imaging scans, leading to a lawsuit that was settled against the consulting obstetrician.

This was the mother’s first pregnancy and she and the father spoke very little English. The patient presented to labor and delivery in the evening for induction at 42 weeks gestation. She was 2 cm dilated, 70 percent effaced, and at -2 station. Labor was managed by her Family Physician practice.

By 1 a.m., a day and a half after arriving, the patient was fully dilated and pushing. The fetal heart monitor tracings showed moderate to severe decelerations during contractions, but reassuring variability in between. Prior to 2nd stage, she had received amnioinfusion due to the variable decelerations.

The family doctor called for an OB consult to review the tracings. The OB consultant determined that the fetal heart rate tracings required a plan but not immediate intervention. The OB returned two-and-a-half hours later. With unchanged tracings, and the mother having pushed for two-and-a-half to three hours, the OB took over the care, and offered the patient a vaginal delivery with forceps.

An interpreter had to be called for the patient to give consent, and the phone was passed frequently between the physician and the patient. During the forceps trial, the pediatrician arrived, and began asking questions of the OB. The OB removed the forceps, with the head crowning, and would later say that all the distractions kept her from noticing that the fetal heart rate was low, in the 60s. She then decided to perform an emergency C-section, and the baby was delivered with Apgars of 2/2/and 4, requiring resuscitation and intubation.

The parents sued the hospital, two nurses, the family practice physician, and the OB, alleging negligent delay in treatment of fetal distress. The case was settled for more than $1 million, only against the consulting obstetrician.

To discuss the risk management and patient safety aspects of this case, we are joined now by Dr. Thomas Beatty. Dr. Beatty is Associate Medical Director of Obstetrics at CRICO, and is the Chair of Obstetrics and Gynecology at Newton Wellesley Hospital in Boston.

Tom, thank you for joining us.

A) It’s my pleasure.

Q) The settlement went against the OB consultant in the case, but there was a family doctor managing the labor, several nurses, another doctor she saw for prenatal care. Why do you think that the OB was the focus? Does it say something about the consult process itself?

Q) So there was no sign of a plan for monitoring that the OB had discussed with the team?

Q) We know that the situation and the conditions weren’t ideal once the OB was in charge of the labor and delivery. For example, one feature of the case was the need to use an interpreter and this was seen as part of a distractive atmosphere in the middle of a crisis.

A) Yes, we know from the obstetrician’s notes that when he was first consulted at the onset of second stage, his plan was possibly for an operative delivery if the tracing persisted or worsened. We also know that when he came back after approximately two hours and determined that a forceps delivery was indicated that there was a period of time that was necessary to obtain a translator and to obtain consent for the forceps delivery and possible C-section.

Ideally, that preparation would have been made early on at the time of the initial consultation. We know that the need for interpreter services can be expected in this situation and that it is ideal to preview the potential clinical scenarios with the patient in advance such that one does not need to potentially delay an important procedure trying to obtain that consent at the last minute. At the time of the delivery, the obstetrician determined that a forceps delivery was indicated. He placed the and at a later date said that he was distracted during the forceps delivery by questions that the pediatrician was posing when the pediatrician came into the room.

Q) We see a few different issues here in terms of patient safety and the delivery of the baby. Many organizations have done a lot of team training, and it seems like there were some overlapping problems that could be related to that team methodology. Can you break that down a little bit?

A) Yes. We know that team training works and we know that we get better at it with simulation training, and we provide safer care for our patients and we can help to prevent adverse events such as this from occurring. Briefings are important prior to procedures, huddles, and there can be many huddles as the situation changes, which it always does during the course of labor. All members of the team need to be empowered to speak up and share their concerns, and all members of the team need to accept those concerns and respond to them in the best interest of the patient. We always need to be vigilant with ongoing care and be thinking about our next steps.

Q) Thank you. Thomas Beatty is Associate Medical Director of Obstetrics at CRICO and the Chair of Obstetrics and Gynecology at Newton Wellesley Hospital. I’m Tom Augello.