Spine Surgery: Someone Should Have Said ‘Time Out’ 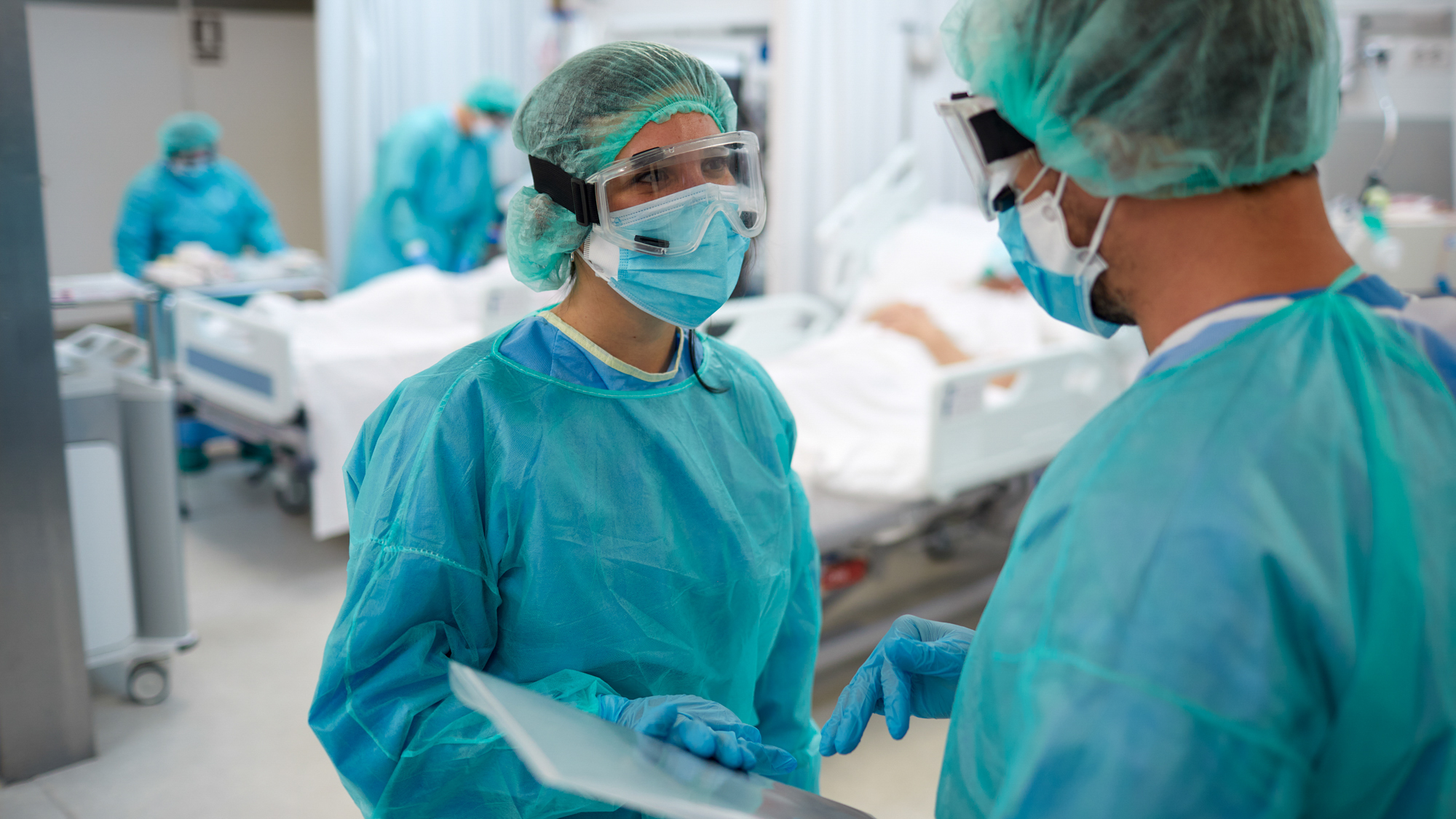 The following case abstract is based on closed medical malpractice claims in the Harvard system. Some details have been changed to protect identities.

A male patient presented to his PCP complaining of neck pain after exercising that lasted two weeks. The physician started conservative treatment with non-steroidals, and told the patient to return if the symptoms persisted.

He returned a month later with additional symptoms of numbness and tingling in his left hand. A cervical spine MRI scan showed severe spinal stenosis, possibly from ossification of the posterior longitudinal ligament. Further testing and evaluation in the Emergency Room confirmed the findings. At an out-patient consult with a spine surgeon a week later, the patient agreed to consecutive posterior and anterior surgeries to relieve pressure on the spine. The patient signed a consent form that afternoon with a physician’s assistant.

Post-surgery, the patient was found to have no movement in his upper or lower extremities. A stat MRI indicated possible dorsal subdural hematoma and anterior herniation of the spinal cord. Surgery the next morning revealed that the spinal cord was indeed pushed forward, but no hematoma as the cause. Damage to the dura and fluid near the site of the original surgery was patched. After the surgeries, efforts by the family to talk with the surgeon faced a delay of several days while he was away. With rehabilitation, the patient recovered partial function in his extremities, and can walk with a cane. He has almost no strength on his left side. The patient and his family sued the surgeon, alleging failure to identify the spinal cord injury during the initial surgery and failure to meet the standard of care. The case was settled in the high range.

To discuss the patient safety and risk management aspects of this case, we are joined now by Dr. James Bayley. Dr. Bayley is an orthopedic surgeon and consultant on malpractice claims for CRICO, the group of companies providing patient safety services and professional liability insurance for the Harvard medical system.

Q) Jim, thank you for joining us.

Q) In this case, which was eventually settled in the high range, it looks like it’s more than just a simple slip of the knife.

A) Yes, that’s correct. Surgical complications can occur from technical surgical errors, such as a slip of the knife where the wrong structure is cut or incised or removed or whatever, and then there’s errors of judgment at the time of surgery, and I think this is more an error of judgment at the time of surgery than a technical slip of the knife.

Q) So what do you think happened?

Q) We don’t see evidence that the surgery was stopped to find this problem.

A) That’s correct. Once the neuromonitoring changes occur, it means that the signal between the electrodes and the brain or the brain and the electrodes has altered, which means that the spinal cord is not functioning as it should and that should prompt the surgeon to immediately look for reasons, surgical reasons, that that occurred. In this case, the surgeon proceeded with the surgery not looking around to see what the problem was at the time.

Q) We talk a lot about team training and team approaches in all areas of medicine, including surgery; do you see the potential for team methodology helping in this kind of scenario?

A) Yes because the three parts of the team, the neuromonitoring people, the anesthesiologists, and the surgeon is a collaborative effort. So when something changes on neuromonitoring status, there’s got to be almost a vote between the three people or a tendency for people to say wait a minute, let’s figure this out and not proceed with the surgery at that time.

Q) And not just leave it up to the surgeon as the captain.

A) That’s correct because all three members of the team or parts of the team are present and potentially liable for any problems that occur. It’s not just up to the surgeon. Everybody should put their voice in and say listen, stop this, let’s see what’s going on.

Q) It seems like communication issues run throughout the case. Postop, we don’t see a lot of communication with the family, for example.

A) It appeared from the record that that occurred from the time of the initial evaluation of the patient when he and the surgeon decided to go ahead with the surgery through the consent process, through the preoperative discussion, and then especially postoperatively once the complication had occurred.

Q) What do we know about what was communicated after?

A) There is a note by the nurse that occurred on the second postoperative day that the wife was very upset when she was told that the patient could potentially be paralyzed for the rest of his life. And it appears that that was the first time she heard the word paralysis, and paralysis is obviously a very feared complication. And if it wasn’t related to her or to the patient preoperatively, I think that was an error of communication in that she should have been aware that that was a potential complication of this kind of dangerous surgery.

Q) Do we know anything about the consent process in this case?

A) The consent was fairly perfunctory. I mean, all consents, especially with spinal cases, list paralysis, death, bleeding, infection, things like that. But because there are so many complications potentially listed on the consent form, I think a lot of times patients gloss over that or they just sign it because somebody tells them to sign and they are not really made aware that yes, this could definitely cause paralysis or even death from this kind of surgery.

Q) Do people stay away from the level of details because they think it is too scary?

A) I think that’s a factor in it. I also think it, you know, busy practices. You don’t really have time to go over every complication in gross detail, but you should have to go over complications like this especially in this kind of a case where the potential complications could be so catastrophic.

Q) You mentioned that, we know there were some notes by the nursing staff, but there were other documentation issues in this case. We always talk about documentation, but this one has a couple.

A) Yeah, I think that in terms of documentation, people have a tendency when a complication occurs to run away from that complication and to avoid the family or avoid writing notes or avoid becoming directly involved, and that’s the wrong thing to do. And I think that’s the major point of this case is that when a complication occurs, you got to confront that complication and deal with it as best you can. If you can fix it, great; it turns into a nonissue. If you can’t fix it, the patient and the family have to be aware that this potentially could be a permanent problem, but you got to keep them informed to keep them part of the process of dealing with that complication in the postoperative period. In this case there were no notes from the surgeon after either of the two surgeries, and I think that’s an error in that it gives the appearance that the surgeon was no longer involved in dealing with that complication. Also, the notes from the fellows and the residents who were involved are illegible and so that that gives the appearance that they weren’t involved very, to a degree that they should have been.

Q) The surgeon was unavailable after surgery?