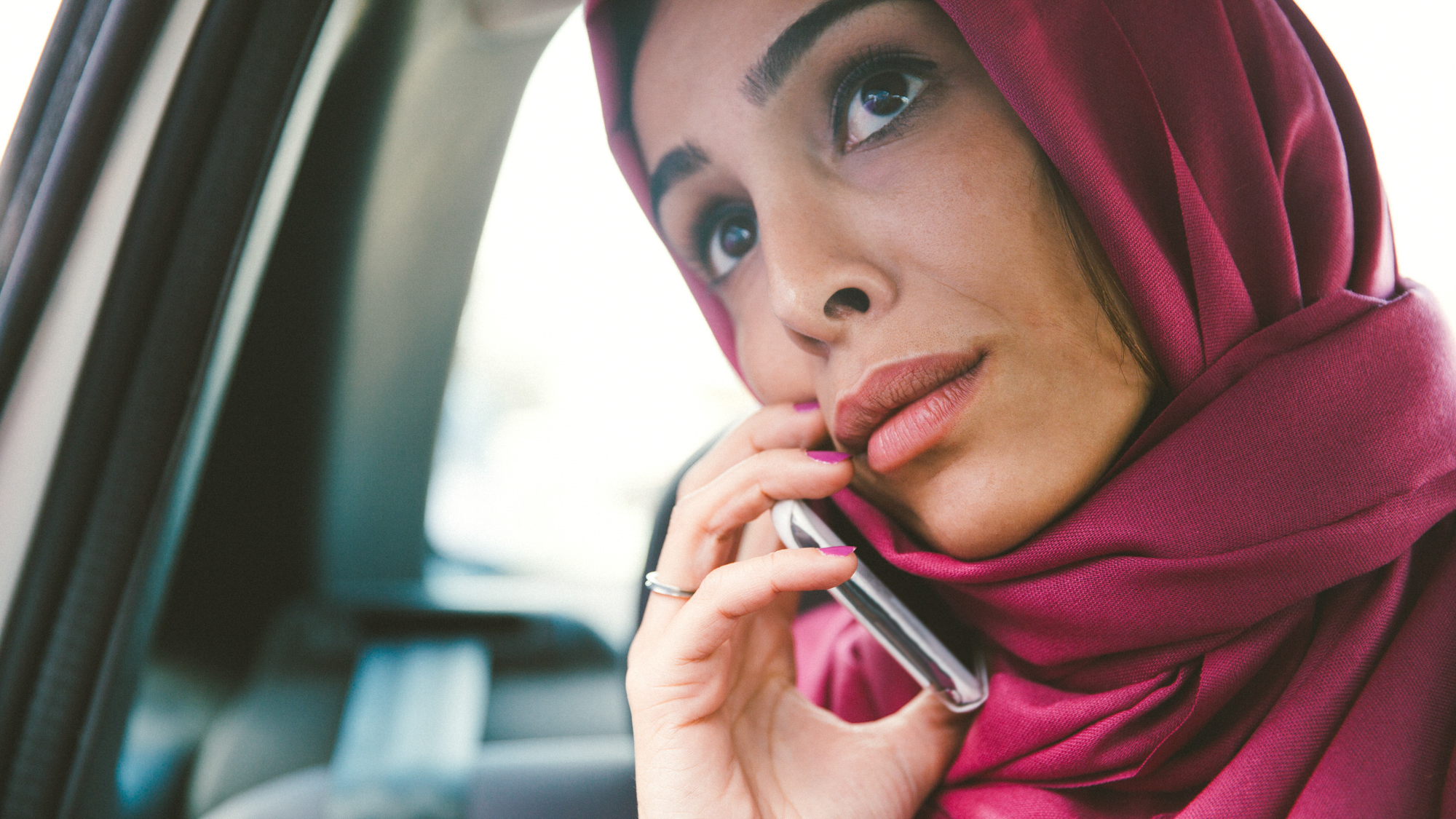 Even though the patient identified a lump on her breast, it took more than a year to diagnose cancer. Family history-taking and proper imaging were lacking. CRICO interviews one of the authors of a Harvard breast care management algorithm, Michelle Specht, MD, to consider how following such a guideline could have helped the gynecologist and radiologist—and ultimately the patient.

A 36-year-old patient saw her gynecologist for a self-detected breast lump (left side). After a normal physical exam, the physician ordered a mammogram, but did not indicate breast complaint on the order.

The mammogram was done four months later and was read as “normal.” But the report noted “very dense stromal pattern” which reduces the sensitivity of the study for detection of cancer. The radiologist did not recommend an ultrasound. The gynecologist received the report, and read it as “normal” with no recommendation for further testing.

Nine months later, the patient presented to her gynecologist, again complaining of a (left) breast lump. The physician felt the lump on exam this time and ordered a mammogram and a surgical consult. Subsequent work up with ultrasound, digital mammogram, and biopsy revealed breast cancer. The patient underwent a radical mastectomy and axillary node dissection, and was found to have metastasis to the spine.

She had a positive family history of breast cancer, which was not documented until after her diagnosis. The patient sued the radiologist, alleging that a delayed diagnosis of cancer left her with a poorer prognosis. She did not name the gynecologist in the suit, and it was settled for more than $1 million.

To discuss the risk management and patient safety aspects of this case, we are joined now by Dr. Michelle Specht, a breast cancer surgeon at Massachusetts General Hospital in Boston. Dr. Specht served on the Harvard task force that recently updated its clinical breast care guidelines.

Q: Thank you, Dr. Specht, for joining us.

A: Thanks for having me, Tom, this is an important case to discuss and try to decrease the likelihood of errors occurring again.

Q: Where do you think things started to go wrong with this patient’s case?

A: Well, I think that there’s a couple of things to point out. The first is is when a patient who is premenopausal and under the age of 40 who presents with a palpable lesion or palpable lump in the breast, it is something that we really need to pay attention to. We know that the risk of breast cancer exists for young woman and so therefore following the appropriate algorithm for women in this age group is imperative so we don’t miss breast cancers.

Q: And we see that in younger populations sometimes, don’t we?

A: Correct, correct. So when we look at missed breast cancers, there is a higher percentage of women who are younger and whom there may be a delay in diagnosis, (a) because it could be that the physician is not thinking it to be a breast cancer, (b) because the younger breast and a premenopausal breast may be more difficult to examine, both from a clinical perspective and also from a breast imaging perspective as well.

Q: Test result management in this case was problematic. What should we do to try to make it safer?

A: I think we all should really pay attention to thinking about different breast imaging, so screening mammography is used for women who are 40 and older, and that is a test that is done when there are no symptoms. It’s when someone doesn’t feel a lump, whereas when there is a symptomatology associated with the breast, whether it’s a palpable lesion, whether it’s nipple discharge, that’s a diagnostic test, and diagnostic breast imaging includes not only a mammogram but also an ultrasound, no matter the age of the patient. So when you order a mammogram for a complaint, it’s key to relay that information to the radiology and confirm that you’re not ordering a screening test and that you’re ordering a test that is going to help solve the problem.

Q: Can the patient be enlisted in that a little bit too?

A: Sure and I think that that’s really valid. Every center is different in terms of how you order it and whether it’s the PCP or gynecologist who say that they want a mammogram and an ultrasound. Some radiologist centers take it on themselves and they like to see the reason the patient is coming for the visit and then they help guide the decision in terms of what imaging is appropriate at that time. So I think this case was challenging because the gynecologist ordered a mammogram. It was done I suspect as a screening mammogram because even though we usually start at 40, lots of women will get a baseline mammogram some over the age of 35 and 40, so this was done as a screen. There was not attention to the spots. Normally, if there is a palpable lesion, the radiologist will be alerted to where that palpable lesion is so they can look directly behind it. And nor was an ultrasound performed that could have potentially identified the abnormality because we also know in young woman that younger women do have denser breast tissue. That’s just part of being young and ultrasound helps see through that dense breast tissue and helps us understand what palpable lesions are.

Q: Once that test is done, many times we see problems in malpractice cases where the information comes back to the office and it’s not appropriately considered and reviewed by the ordering clinician, what do we do about that?

A: Yeah, I agree. I think that there were many steps along this case where there was missed communication and had the report been reviewed—whenever I have a patient with a palpable lesion, I am going to track those results and confirm that the patient shows up to the mammogram appointment. And then I receive those results at the conclusion of it. Perhaps then I could have figured out that a screening mammogram was done and not an ultrasound in addition to the mammogram and also could have recognized that the patient had a dense breast tissue pattern and realizing that that would reduce the sensitivity of the mammography and maybe prompt me to order a subsequent ultrasound, so tracking your results is critical in these situations.

Q: There are guidelines that clinicians can use. CRICO has a breast care algorithm. How does that work into the scheme of trying to prevent errors in the course of routine care?

A: So the breast care algorithm, the CRICO breast care algorithm was developed amongst a committee of experts in this field, and it was developed as a consensus driven and just updated most recently. And I find it very helpful and have heard from primary care doctors and gynecologists that it is extremely helpful in managing a problem that they may not see every day unlike my world where I see breast lumps on a daily basis. So it’s something that you could find on the CRICO website, you can click on it and there’s a clear algorithm to follow when there is a palpable lump in a woman at the age of 36, the tests that should be ordered and the appropriate referrals made depending on the results of the test. I think it is very easy to read and follow and simplified, and so in our experience by following these guidelines, it really does help a situation like that in terms of missing something that’s important.

A: I think that that situation is common. It’s common because clinical breast exam is challenging even amongst experts, amongst gynecologist and amongst primary care doctors. So we specifically in the breast care algorithm wrote that if there is a palpable lesion detected, either by the clinician or—not ‘and;’ ‘OR’—the patient, it should be followed to completion, and ordering these tests and ruling out a breast cancer is really important because breast tissue is difficult to examine, and a normal breast exam may still have a breast cancer in it.

Q: There was also an issue around family history in this case.

A: I think that it’s becoming more and more apparent through our understanding of the genetic causes of cancer and specifically breast cancer that eliciting a family history from a patient is important and that’s important whether a gynecologist or primary care doctor is presented with a patient who has a breast problem or whether they are just discussing overall good preventative care for breast cancer. In this situation, the family history was not elicited at the initial visit. I don’t think that should overall change the initial management of the patient whether they had a family history or not still should have pursued the algorithm and followed mammogram and ultrasound, but understanding a patient’s history would help educate the patient in terms of future screening. For patients who do carry a genetic mutation, we do consider adding breast MRI to their screening in addition to mammography and confirm that they really do mammography on an annual basis. So I think that that was part of this case which was also a missed opportunity to deliver better care.

The CRICO Breast Care Management Algorithm is available at www.rmf.harvard.edu/breastcaremanagement