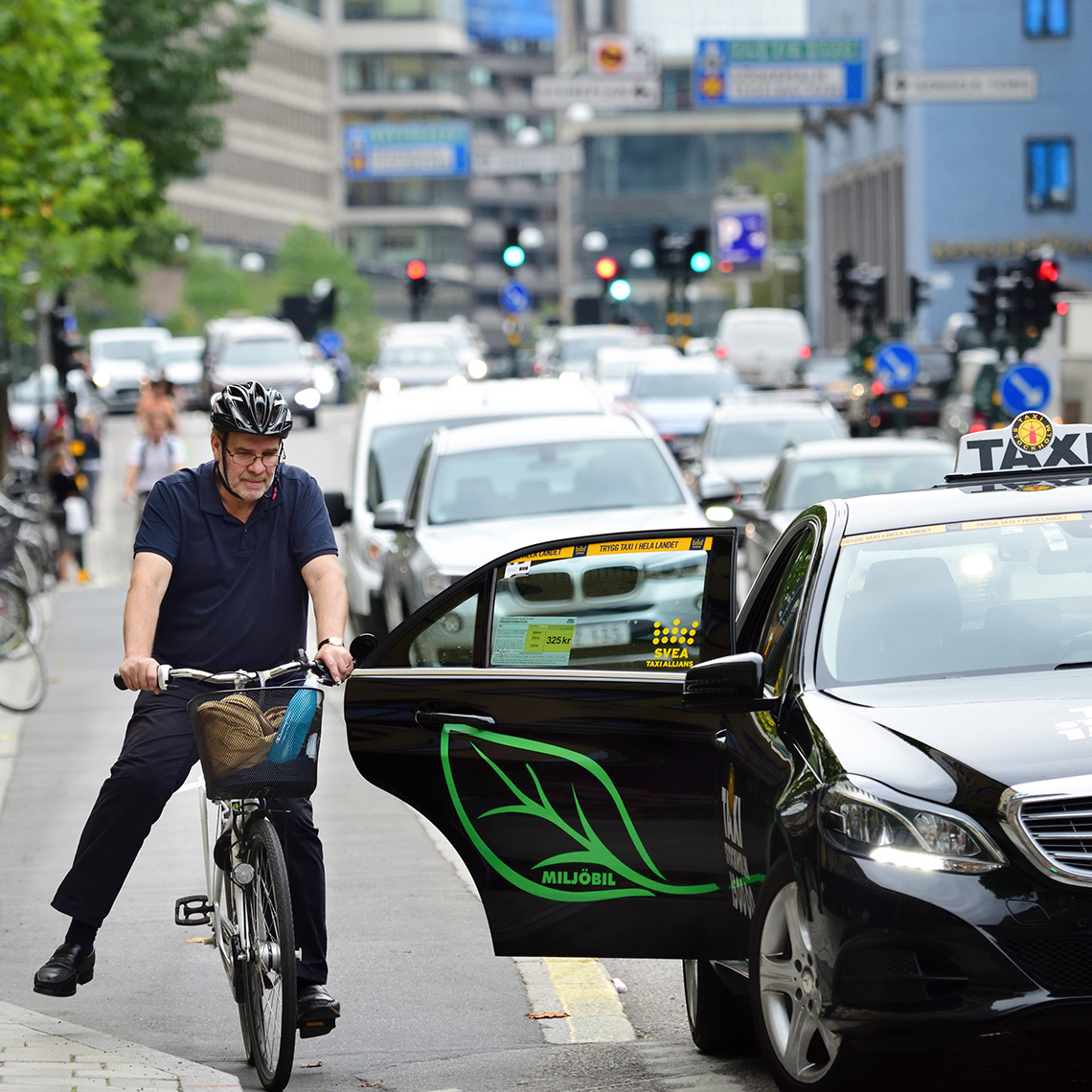 A budding campaign to reduce the risk for bicyclist getting “doored” recommends that automobile drivers and passengers practice the “Dutch reach” for opening the car door (from the inside). By using one’s far hand to grab the door handle (e.g., right hand for U.S. drivers) one’s eyes are drawn to the side window—and any oncoming bicyclists—before opening the door. The method, which originated more than 50 years ago in the Netherlands, is embedded into that country’s driver’s education and license testing. The Dutch don’t have a name for it (“Dutch reach” was coined by a physician from Cambridge, MA); because it is simply “how they open a car door.”

In the United States, of course, convincing millions of drivers (and passengers) to change a lifelong habit is a monumental task. The Dutch reach has to become commonplace, part of our culture. It has to be taught and reinforced and maybe even mandated, but it also has to be demonstrated. We have to see other people do it: in movies and on TV, in our morning commute and our late night ride shares. Real success will be achieved when the Dutch reach is similar to buckling a seatbelt or strapping on a bike helmet—a force of habit.

The Dutch reach challenge will be familiar to anyone who has tried to make health care safer. Devising better practices—strategies and techniques that reduce a specific risk of patient harm—is relatively common. Thoughtful people striving to prevent patients from getting “doored” by unsafe health care delivery, do not struggle so much with designing a better way, but they are often stymied in getting their ideas broadly adopted and practiced. Turning good ideas into new habits, into “how we provide care,” confounds every patient safety innovator. It demands repetition, creativity, devotion, and patience.

Like drivers and passengers, clinicians need a reason to change a process or practice that is seemingly safe. Evidence and anecdotes are good catalysts, personal experience is an accelerant, but perhaps the best opportunities are near misses that can be parlayed into a teaching moment. Building on the introspective moments that often follow the realization that an adverse event almost just happened, is a key step toward shifting behavior to a new, safer, practice.

Last week (in Cambridge), I saw a bicyclist get knocked over by a passenger opening his car door into the clearly marked bike lane. As a witness, I felt rage and despair at such careless behavior. But the young bicyclist, who was not badly injured, took a different, and decidedly better approach. As I rode past the scene, I heard him say to the door opener, “There is this program called the Dutch reach project that I want you to know about…” He had taken that near miss and immediately turned it into a teaching opportunity. I don’t know how soon that passenger (or his driver) will change how they open their car doors, but if that moment is followed by many more exposures to the idea, eventually, change will happen, and we will all be safer.

The Safety of Inpatient Health Care

News
Funded by CRICO, ​​​The Safety of Inpatient Health Care study published in the New England Journal of Medicine on January 12, 2023 is an important follow up to the landmark Harvard Medical Practice Study (HMPS), published in 1991.
View All News
X
Cookies help us improve your website experience.
By using our website, you agree to our use of cookies.
Confirm