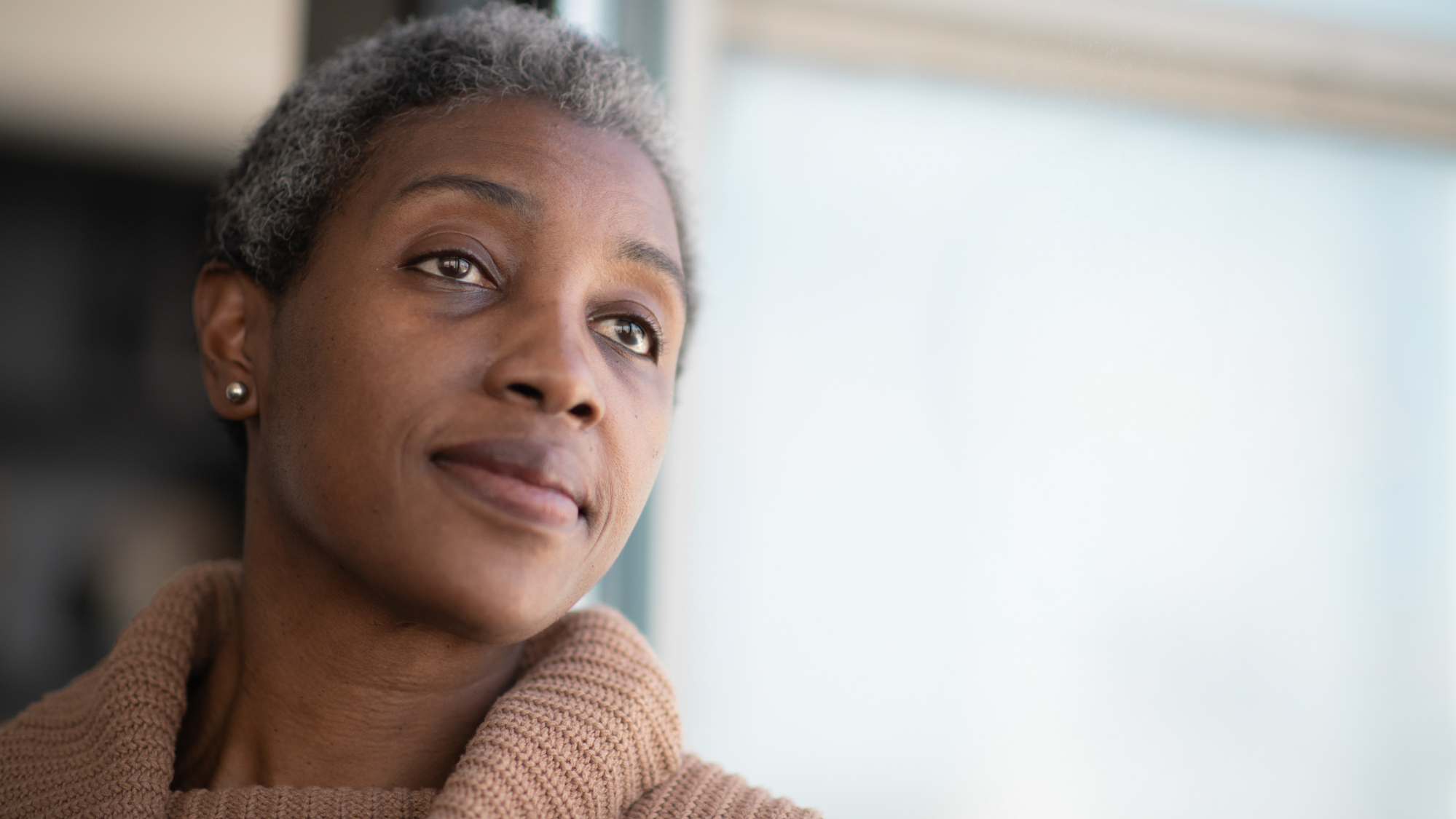 An otherwise healthy 50-year-old woman presented to the Emergency Department with atypical chest pain. The patient reported some family history of cardiac disease, including an uncle with coronary artery disease. While being seen by a physician assistant, the patient reported pain as non-exertional, intermittent for the past few days, radiating to her right arm, with no shortness of breath. The patient’s vital signs, EKG, and labs (including troponin and potassium) were all within normal limits.

While in the ED, the patient’s pain increased. A repeat EKG showed “peaked T-waves consistent with hyperkalemia, hyperactive ischemia, or possibly a variant of normal.” The PA interpreted the test as normal; the attending Emergency Medicine physician was unaware that a second EKG had been done. The PA and attending met with the patient and discussed their findings. The clinicians told the patient that they felt her pain was gastrointestinal, and that a cardiac cause was ruled out. The patient was directed to schedule a stress test as an outpatient.

The next morning, the patient became unresponsive at home and could not be resuscitated. Autopsy revealed that she suffered a heart attack in the setting of atherosclerotic heart disease.

The family brought a negligence claim against the PA and the Emergency Medicine attending. Experts faulted the defendants for discharging the patient too soon, not recognizing the EKG changes, and for not ordering a stress test while she was in the ED. The case was settled in excess of $1 million.

To discuss the patient safety and risk management aspects of this case, we are joined now by Dr. Emily Aaronson. Dr. Aaronson is Associate Chief Quality Officer at Massachusetts General Hospital, and Associate Medical Director for Emergency Medicine at CRICO.

Q.) Emily, thank you for joining us.

A.) Thanks so much for having me.

Q.) It seems like the issue here really revolves around a misinterpretation of the EKG, is that right?

In many ways it is. First I would say, it’s important to recognize that this is just such a tough case. A patient with an initially negative troponin and negative EKG who then goes on to have ischemia is just really tricky. So in that way, I actually think some of this lies in the challenge of atypical presentations and being able to recognize those.

With that said, the thing that makes this case less of a zebra is that the patient’s pain increased while in the ED. And so to me that’s really the inflection point in this case—the place where things really changed, and where the team did have an opportunity to recognize what is a much more familiar pattern.

So to that end, what worked well here is that the team did what they should have done in the setting of increasing, new, or different chest pain—which is that they got an EKG. What they didn’t do, unfortunately, is interpret the test correctly. And I think there were several contributing factors around that, which I’m sure we’ll talk about.

Q.) So is that a risk—that a test gets misinterpreted in the ED?

A.) Oh yes. Absolutely. I think it’s definitely a risk in EDs now, and definitely a piece of this case. I think this is especially true if you work in a community hospital where you may be responsible for interpreting things like X-rays or other imaging studies overnight for example, when there may not be radiologists there. And actually now, with the proliferation of ultrasound, you really have all kinds of clinicians—PAs, nurse practitioners, residents and attendings—all wielding an ultrasound, but with variable degrees of comfort obtaining or interpreting the images. So I think this is actually an evolving area of risk.

Q.) What you do about that?

A.) I think there are several things. The first is that it’s really important to know what your resources are, to escalate real time. In this case, the attending was in the ED, and so it’s less about knowing the resources as it is about making sure that a part of the expected practice is escalating the interpretation of tests—EKGs and imaging studies—making sure the attendings are part of reviewing those images. So perhaps it’s more about scope of practice and being really clear around that when it comes to image interpretation for things like EKGs, but again also for x-rays and for ultrasounds especially.

The second, is knowing what happens when tests are over read after the fact. We certainly see cases where over reads come back after the patient has been discharged and the docs and the APPs, they’re off shift, and Radiology thinks it’s somebody else’s responsibility to contact the patient, and then the patient doesn’t get contacted.

But in this case it’s really about clear expected actions, like having attendings interpret all EKGs. That’s just a clear expected action. And then what’s super important is having systems in place to ensure this happens. For example, whenever a nurse prints an EKG it gets brought to the attending physician to see, they have to review it and sign it before it gets brought to the responding clinician if that’s someone different than the attending. So that could be a system and a clear process to help ensure that the expectations are met every time.

Q.) What about communication? How did that play a role?

A.) Similarly, there is a theme around clear expected actions as it relates to communication. So within the communication domain there were a couple of things that emerged for me in reviewing this case. The biggest is the expectation that is set for APPs around supervision and escalation. So when are things expected to be escalated? Is it when someone’s condition changes? Is it related to new tests that require interpretation, like EKGs or ultrasounds?

Or is it perhaps immediately before discharge? And that’s one example that I think is a really powerful concept—which is this idea of a pre-discharge ‘time out’, which is a concept that has started to be circulated in recent years. So right before some decision that is really going to change the course of care—like admission or especially discharge—it’s time for a time out, time to just pause and say, ‘Have new tests come back? What are the patient’s most recent vitals? How’s their pain?’ And that can be a really powerful practice to ensure that things that have changed during the course of care—which is really the crux of this case—that they are appreciated. And then an opportunity to really ensure that if something has changed that it doesn’t get missed.

And I think in the absence of departmental expectations within your shop, a part of this is really on the attending to make the expectation clear at the beginning of their shift. To create an environment in which it’s clear to APPs that you work with that you want to hear about these things. That you want to partner in the care of these patients, as their clinical picture evolves. Because I think often times EDs are so busy that many members of the team are reticent to grab the attending for things that don’t seem really emergent.

So setting the expectation at the beginning of your shift for your team is really important. I think it’s actually, the inverse, if you’re an APP, having that discussion clearly with the doc that you’re working with, saying something like, ‘Hey, I would love to feel like could touch base with you today if things change or if I have question, I’m thinking that right before discharging a patient or if their condition seems to have changed. Does that sound ok?’ And I think it’d be difficult to find a doc who would say no to that. And I think it’s helpful to name the behavior that then comes later, so the doc clearly sees it for what it is, which is just really safe practice.

Q.) Very interesting and multi-level issues in this case. I wonder: any other thoughts?

A.) I don’t think so. Just that this is just a really powerful, and yet really common case. The issues we discussed, of atypical presentations, of evolving clinical pictures, supervision, escalation—these are just all such perennial issues—and yet they’re ones that we have increasingly good mechanisms to ensure that they don’t lead to harm. So I think the more that we can understand, both at the individual level what we can do as practitioners on a shift, and also at the systems level how can we advocate or participate for the design of systems to support safer care around these, will really go a long way for safe patient care. 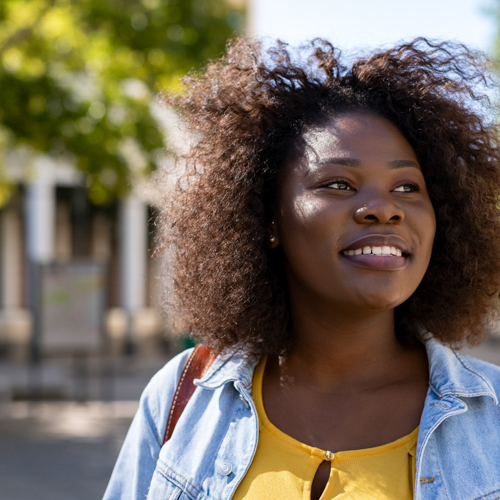