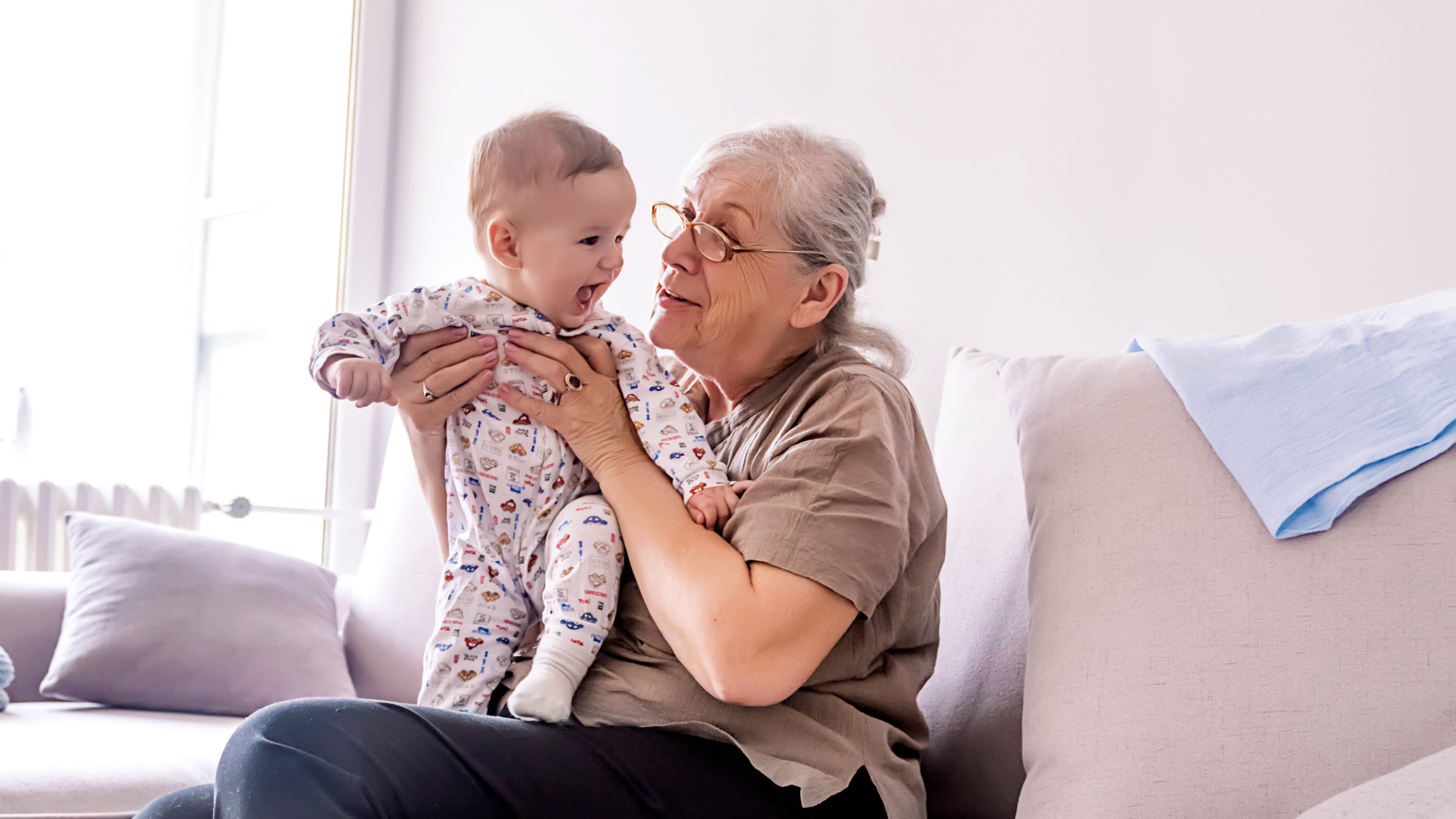 This podcast is an episode of MedMal Insider. You can find other episodes and subscribe using the links to the left.

The following case study is based on closed claims in the Harvard medical system. Some details have been changed to protect identities.

[Patient]
When I was 75 I went to the emergency room because I was having trouble breathing. I already had lung cancer. Among other things, they stuck the feeding tube in my airway by mistake, and by the time they figured it all out, I had died. At a major teaching hospital. Maybe my story can help them do a better job with the next patient.

[Narrator]
In this case, a 75-year-old female was admitted to intensive care with respiratory failure. The plan was to replace her oral gastric tube with a Dobhoff nasogastric tube because it’s more comfortable for the patient after extubation.

The ICU resident shared this plan with his supervisor on the phone, and she agreed that he should place the new tube and check its position with an abdominal x-ray before using it for feeding. On the x-ray, he saw a well-placed tube in the abdomen and started the feeding. What the resident did not realize was that the patient’s oral gastric tube had not been removed and that was the tube he saw in the abdomen on the x-ray. The Dobhoff tube that he thought was placed properly was actually placed in the left mainstem bronchus.

Once they started feeding with the tube, the patient developed worsened hypoxemia and was difficult to ventilate. They stopped the feeds and obtained another x-ray. The second x-ray showed that the Dobhoff had been placed in the airway. The resident removed the tube and then notified his attending of the event. The patient’s condition worsened and she died that night.

The patient’s family sued the ICU resident, the attending, and the hospital for negligent placement of a feeding tube that led to the patient’s death. The case was settled in the high range.

To discuss the patient safety and risk management aspects of this case, we are joined now by Dr. Laura Myers. Dr. Myers is a pulmonary intensivist in the Division of Pulmonary/Critical Care at Massachusetts General Hospital in Boston. She is also a second-year CRICO Patient Safety Quality Fellow.

Q.) Hello, Dr. Myers. Thank you for joining us.
A.) Absolutely, happy to be here.

Q.) In some of the malpractice cases that we review, like this one, the proximate cost seems very obvious. But we know that there is often a cascade of errors leading up to one that reaches the patient and causes a harm. And these can give us opportunities to intervene. So, can you talk about that a little bit as it relates to this case and cases like this one?
A.) Of course, yes. I’ll say that hindsight is always 20-20, and so it’s important when you’re looking back on a case to really delve into the details and understand what happened to be able to prevent it in the future. Let me preface by saying that the ICU is a very complex world. Patients in the ICU have many tubes not just NG tubes like in this case. There are endotracheal tubes, there are central lines, there’s monitoring lines and this can all become pretty confusing. And so, in the ICU we have to be very careful that we know exactly which tube is which, where it’s going, what its intended purpose is.

One important aspect that residents learn during training is about situational awareness. And in the intensive care unit there are some cases when you have to do procedures emergently; so, within seconds to minutes. There are other procedures that you can do over the course of hours to days, for example. And you can set up those procedures in such a way that you’ve done all the necessary safety checks, you have all the involved services over the course of hours to days, that ensure that the procedure goes optimally.

Q.) Right, so in this case it wasn’t emergent, was it?
A.) Correct. It was elective, it could have happened over the course of hours with multiple safety checks...potentially the attending or a supervisor available.

Q.) So, when you say situational awareness, part of that is knowing what you don’t know, or knowing whether you can do something and whether you’ve done it right, and your supervisor knowing those things about you. Can you talk about that a little?
A.) Correct. So, I think situational awareness develops over time and that when you’re a trainee, it’s difficult to know what you don’t know because potentially you’ve worked in the intensive care unit only for a few months. And so that’s when you lean on more experienced staff such as fellows or your supervisor or the attending to really do double checks.

Q.) Let’s talk about supervision issues a little bit. How would you recommend that the supervisor and the resident interact?
A.) So, that will depend on what year of training the resident is and how many tubes they’ve placed, how comfortable they feel with the tubes. When I’m supervising, I try to assess the resident’s both competency and comfort with a procedure. And, I try to address that up front, before people have gloves on and are in the room, and I think that’s important for a number of reasons. Sometimes even residents who have done the procedure multiple times haven’t done it in multiple months or in a year. And so it’s important then to readdress what the critical aspects of the procedure are and maybe even be in the room with them and make sure that they feel comfortable and confident with what they’re doing. I think that interacting with the residents over time, you’ll get to know them.

Q.) Sure, so a lot of this involves just experience?
A.) Yes. I think in this case, it’s unclear what the communication was between the resident and the attending. But let’s say they even had talked about the procedure beforehand. The attending could say, ‘go ahead and do it on your own,’ but then put a safety check in place, saying, ‘I’m going to review the imaging before we actually use the tube,’ or say, ‘I want you to call down to radiology to make sure that they agree with your assessment of the film.’ And that wasn’t done in this case. So, that could also be, you know, a strategy for attending physicians who are supervising trainees to put into place, especially for nonemergent procedures, safety checks.

A couple of important safety checks during procedures specifically can be checklists and huddles. So, for example, there can be a checklist actually stapled to the bag or the equipment reminding people that, for example, on Dobhoff tubes, they should be placed in two-step procedure. That may help to at least remind people in real time of the critical portions of the procedure.

The other thing, huddles. Let’s say, for example, if you’ve only done this procedure a few times, it’s helpful to huddle with the nurse or with the radiology tech just to make sure that people will speak up if they see something abnormal or see something that they feel could harm the patient. And it’s important to empower those people—your colleagues with whom you’re working—so that the harm doesn’t actually reach the patient. So, the radiology tech comes to the floor, they might have to spend a few minutes there getting a few films to make sure that the tubes in the right place, for example. And just prefacing and just saying, we might need a few films here, please work with us, might help to kind of, you know, feel like people aren’t rushed and that you can actually do the safety checks when they’re needed.

I’ll also say, Tom, that the field of medicine is always evolving. So even attending physicians may benefit from simulation training if new tubes come out or new procedures are being done or new equipment is being used in a new way. And so we’re always learning ourselves and we have to know when we feel comfortable with the critical portions of a procedure to do it on our own, or when we feel we need backup, when we feel we need to ask for help or confirmation, if that makes sense.

Q.) Yeah.
A.) Lastly, I just want to say that when I tend to work with residents, I try to get them to think about what are we missing and how could this go wrong. And that seems like negative thinking but it’s actually thinking to be able to prevent things like this from happening. So, when we’re on rounds and we’re formulating a differential, it’s important to make sure you stop, pause, and ask yourself what are we missing. Or when you’re doing a timeout for a procedure, for example, you can walk into the room and just make sure that you have thought about any way in which this could go wrong so you can mitigate those risks.