For This Patient, Opioids for Pain Resulted in Suicide, Court Settlement 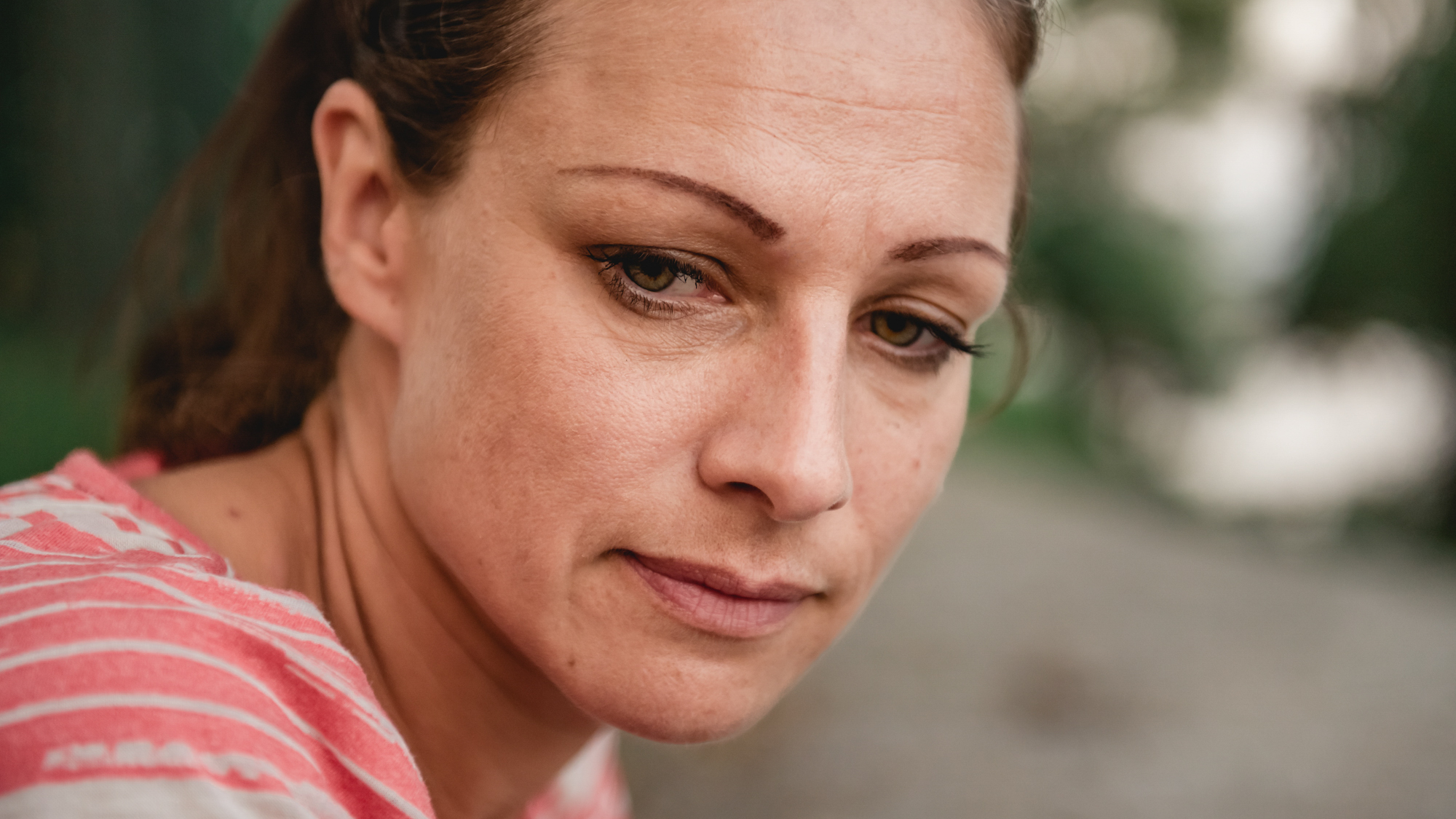 The following case abstract is based on closed claims in the Harvard medical system. Some details were changed to mask identities.

A 38-year-old woman was under psychiatric care for depression for years after two suicide attempts. She was taking Ativan and Celexa. Her psychiatrist referred the patient to an internal medicine sleep specialist for restless leg syndrome (RLS) and other sleep-related issues. Although the specialist noted her history of depression, he did not note any self-harm assessment.

The patient’s family sued the psychiatrist and internist, alleging a negligent failure to consider the patient’s suicide risk when prescribing medications.

The case was settled in the high range.

To discuss the patient safety and risk management aspects of this case, we are joined now by Dr. Joseph Audette. Dr. Audette is Chief of the Department of Pain Management at Atrius Health in Boston, and an Assistant Professor at Harvard Medical School.

Q.) Dr. Audette, thank you for joining us. Let’s start with the referral. Is it even fair to say that the case boils down to a bad handoff between the psychiatrist who had been treating for suicidality and depression, to the internist who received the patient for sleep apnea?

A.) It should require a little bit more detailed conversation, I would say, rather than just direct referral, especially in a patient who is depressed, who has a history of previous suicide attempts. Although they were years ago, it’s still is a huge risk. And so in that kind of patient, especially where you’re considering adding new medications at night for sleep and the potential interaction with psychiatric medicines, but also potential risks they pose for the patient’s mood disorder, I think a conversation would have made sense.

Q.) It seems like there’s another inflection point later on with the internist’s decision to prescribe oxycodone because the other medication wasn’t working.

A.) Right, well there were two things going on there. There was the sleep apnea, and the patient had been seen in a sleep clinic and had a recommended machine, this BiPAP machine, which hopefully was being put into place. But on top of that the patient also had restless leg syndrome. And so that restless leg syndrome led to the internist prescribing Mirapex, which is a medicine that’s a dopamine agonist and is used also for Parkinson’s issues but can be used in a restless leg situation. So that was appropriate and that made sense, but clearly it did not work. So once that did not work and there were thoughts about moving to more aggressive medicines of different sorts, maybe that would be another time to check in with a psychiatrist before embarking on other types of medicines that could be used in that situation regardless of what they are. Because many of them could have more potential interaction with other medicines that she was on but also potentially were at risk for worsening her mood.

Q.) So there’s a sort of vigilance that has to come into play when you move into this category.

A.) Yeah, with any patient that has a complex medical history (and by definition, for better or worse, once someone has this more severe psychiatric history with history of previous suicide attempts, absolutely that puts that patient in a high-risk category), then you as a team providing care, you need to interact more with other team members, other docs, other parts of the treatment team to make sure that the care is safe but also coordinated.

Q.) What kinds of mechanics are involved in that?

A.) That’s the problem. So in our modern health care era, it is harder to communicate. We have virtual teams. I’m sure this internist probably knew the psychiatrist, that’s why there was that handoff, but I’m sure they could be in different systems. A lot of times, for example, even in our system we only have so many behavioral health docs. A lot of our patients have to go to outside behavioral health providers, and so it makes it much more difficult to connect. And often that outside provider, especially psychiatrists, won’t be part of your electronic medical record system where you can easily communicate with messaging systems. So it requires the dreaded phone call. You have to actually pick up the phone, call, and then you’re doing that in between seeing patients or maybe you try to do it at the end of the day. But then you don’t know the psychiatrist’s schedule so there is a possible issue of phone tag and leaving voicemails and not hearing back. So it is hard and time consuming.

Q.) Most of the malpractice cases we review involve multiple factors, and those factors contribute to the error and result in an adverse outcome. What else contributed in this case to this bad outcome?

A.) In addition to lack of true coordination and communication between providers, there are other decisions that have to be made, just between you and the patient and just good common sense risk assessment in terms of deciding what medications to use. So, in this particular case, it seemed that this dopamine agonist, Mirapex, was not helping the restless legs. And probably associated with that restless leg syndrome there was pain. Many patients with restless leg syndrome do have pain as well; it’s an uncomfortable feeling. And as a result of likely that pain component, the internist decided to use oxycodone to help the patient with that discomfort and thereby also help that patient sleep. And that may be an appropriate decision. But right there, given the history, but even just in general with our current focus on the risks of opioid prescribing in the United States, there should be a very careful risk assessment done before starting oxycodone as a medicine that she may need ongoing if it works with this discomfort associated with the restless syndrome.

Q.) What about monitoring?

A.) Yeah and that’s the other side. Even before starting, you need the risk assessment, which we can talk about. But on top of that, if it seems that the patient is benefiting, then you need to really have the patient come in physically. You can do some short-term monitoring with these modern electronic medical records, the patients can e-mail you, you can e-mail back, and that is a level of communication that is efficient. It doesn’t require the phone call and the phone tag and the voicemail so that’s very good. But at some point, especially with oxycodone and any medication that can cause dependency, you need a face-to-face to really lay your eyes on the patient and look at their cognitive state. You can’t tell from an e-mail what someone’s cognitive state is unless they’re really off. And even then you may just attribute errors in spelling to just bad typing. So you really need to see them, check how their cognition is doing, lay eyes on them, and assess certain multi-dimensional elements to their care that goes beyond pain. You always want to know how their pain is, but you want to assess their emotional status, especially in her, she’s depressed. You want to assess their functional status. Of course, if she is sleeping better, maybe she is more functional. So you want to do a multi-dimensional assessment and that is best done face to face.

There are some situations with oxycodone or any opioid that we now realize should be part of regular medical care. And that is using certain tools that have become available and are recommended both by national and state organizations, including our state board, and now with the other regulations in Massachusetts have become part of the law and that we need to do these specialized risk assessments for any patient that we’re considering putting on long-term opioids.

In this case, the oxycodone was started. It seems like it was helping. The second time the dose was actually increased so it looks like it was going to be a long-term prescription. That requires that face-to-face risk assessment. I would prefer that it would have been done even at the beginning, but at least on that second visit. And there are different tools to use, and the one we use in the Atrius Harvard Vanguard system is the opioid risk tool, otherwise known as the ORT. You could also use the SOAP tool, that’s another initial risk assessment tool. And what the risk assessment tool is trying to do is make explicit some of the information that you have about the patient that may change your thoughts about how you’re going to write these opioid medications. They make you have a slightly deeper dive in the patient’s psychiatric history, which I think the internist probably knew some of that, about the family history of the patient with regard to addiction, about the patient’s personal history of addiction. If the patient has had two prior suicide attempts, that would open the door to asking what were the medications used in those suicide attempts, even though they were remote, and may bring up that there was at that time maybe some issues with addictive behaviors, either with alcohol, opioids, or other drugs. And then you want to get also with this opioid risk tool into issues of prior emotional traumas that the patient may have had.

And that combination of information allows you to assign a score and that score will tell you whether the patient is low risk for prescribing opioids, moderate risk, or high risk. And if they are moderate to high risk, then it doesn’t mean you don’t use opioids if you think they are appropriate for the patient’s care, but you have to monitor them even more closely. And that may mean you give them smaller amounts, maybe you prescribe the opioids every two weeks instead of a four-week supply, and you need more face-to-face visits, and you need definitely to coordinate with their other caregivers if there is ongoing treatment with psychiatry. And you need to do other tests like urine drug screens to make sure that the patient is complying with your recommendations and is not running out early or using more or taking other medications. And so I think that’s another key component to this case.

Thank you Dr. Joseph Audette, he is the Chief of the Department of Pain Management at Atrius Health and an Assistant Professor at Harvard Medical School. I’m Tom Augello.