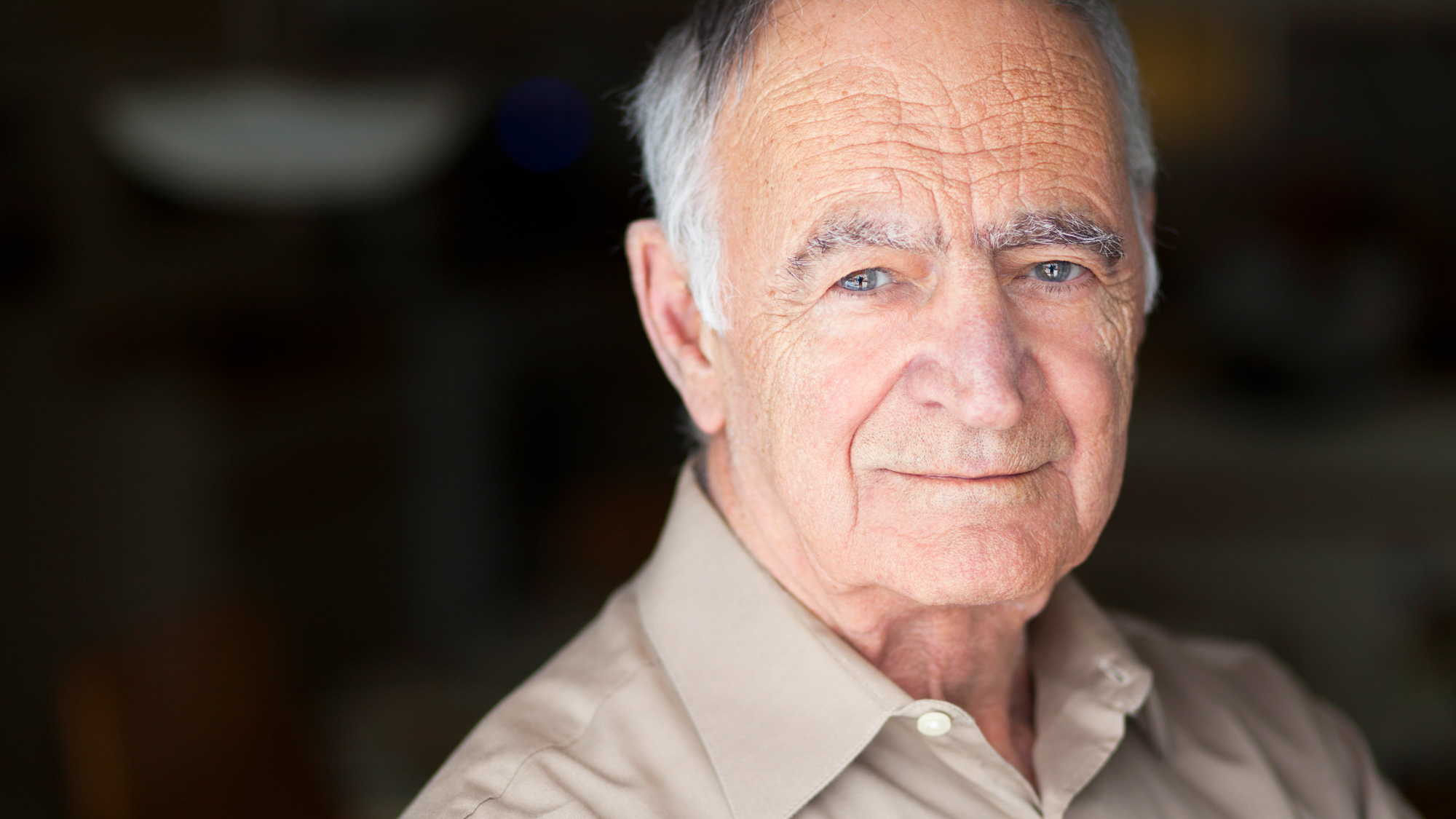 A 77-year-old male was admitted after a fall at home and a positive CT for a subdural hematoma. He was a smoker with a history of COPD, chronic kidney disease, and difficulty swallowing. A spinal CT showed cervical disc displacement and some cord compression. When a speech and swallowing evaluation showed the patient to be at risk for aspiration, the resident documented a plan that the patient be NPO and so be given nothing by mouth.

But the NPO order was not entered into the system, the attending was not aware of the order, and the patient care technician was never informed. When the meal tray arrived, the technician attempted to feed the patient, who aspirated. A new chest X-ray showed no change from the previous study. The NPO order was entered into the system after the incident.

Without knowing about the error the night before, the attending physician saw the patient’s deteriorated respiratory status the next day and transferred him to the ICU. While he was there, the patient developed pneumonia, and required prolonged intubation and IV antibiotics.

Two weeks later, the patient went to the OR for a tracheostomy and placement of a feeding tube. During the feeding tube procedure, the patient suffered a laceration to the liver. He developed decubitus ulcers with skin breakdown and oozing from multiple sites. Within three weeks, the patient became septic and died.

The patient’s family sued the attending, two residents, and two nurses involved in the patient’s care. They alleged that the defendants failed to properly supervise the patient and confirm that all proper orders were implemented. They further alleged that these oversights led to the patient’s aspiration, development of aspiration pneumonia, rapid deterioration, and preventable death. The case was settled in the mid-range.

Q.) Adam, thank you for joining us.
A.) I appreciate the opportunity to discuss the case.

Q.) When you first hear that sort of broad description of the case, what’s the thing that jumps out at you?
A.) The first thing that jumps out at me was that this case involved a communications breakdown. The team thought to order the speech and swallow evaluation, which showed that the patient was at risk for aspiration if he ate and the appropriate response to this was making the patient NPO so that he wouldn’t eat. NPO basically means nothing by mouth, that the patient should take nothing by mouth. And the resident thought to do that and put that in his notes, but that order was never actually implemented. As the case study notes, neither the attending nor the patient care technician were aware of the plan to make the patient NPO, which was part of the communication breakdown. I think it is important to mention that another member of the care team for whom it is absolutely critical that they be aware of the patient’s need to be NPO is his nurse.

Q.) That includes national data too.
A.) Yeah, it includes cases from across the nation and not just those insured by CRICO. And I believe at this point it includes roughly 30 percent of all medical malpractice claims in the country. So it’s really the, as far as I’m concerned, the premier database to get at these questions. So this report found that communication failure was a factor in 30 percent of malpractice cases in CRICO’s CBS system between 2009 and 2013. Of these cases, 44 percent were in the inpatient setting. And among all general medicine cases, 38 percent involved inadequate communication. So breakdowns in communication of this sort that occurred here are not at all uncommon among medical liability cases.

Q.) What kinds of measures can you take in a case like this?
A.) I think a key thing we need to do is we need to build in formal opportunities for interdisciplinary communication, and we need to build these opportunities into the daily workflow of the inpatient medicine ward. So one step which we have taken at the hospital where I practice is to have formal interdisciplinary rounds, in which the nurse joins the medical team, including the attending and residents, during morning rounds. In this case, had the need for this patient to be NPO been mentioned on rounds in which the patient’s nurse had been present, the nurse might have been able to point out to the team that this oversight occurred and no NPO order had ever actually been entered. Even if the absence of the NPO order was not noted on rounds, the nurse would have been aware that the patient needed to be NPO and might have intercepted the meal tray prior to it getting the patient, or may have been able to warn the patient care technician not to feed the patient.

We also have formal interdisciplinary huddles involving nursing, physical therapy, speech language pathology—which is the specialty that is responsible for assessing whether a patient can eat safely—and other disciplines, in addition to the medical team, so that we are all able to discuss the important issues affecting our patients.

I think it is also worth mentioning, in taking steps to improve patient safety, we want to try to implement systems-level approaches, so that we’re not relying solely on the vigilance of one individual to avoid medical errors. Interdisciplinary rounds or interdisciplinary huddles are one example. Another example I heard about in response to a case that was actually quite similar to this one was a change in the policy regarding the delivery of food trays, so that the food trays were delivered to the nursing station rather than directly to the patients. The nurse then brings the tray into the patient’s room, and this provides an additional opportunity for a clinician who knows the patient well—the patient’s nurse—to raise a concern about the appropriateness of a diet for a patient prior to the meal tray being given to the patient.

Q.) So when you look at this case, what other issues come to mind in terms of patient safety?
A.) I think there are a couple other really salient patient safety issues that this case raises. The case mentions that the attending physician noted the patient’s worsened respiratory status the next day, at which point the patient was transferred to the ICU. This brings to my mind the question of what should be the appropriate threshold for the resident to inform the attending that there has been a change in the patient’s clinical status. Failure of supervision was noted to be an issue in this case. One factor that can contribute to inadequate attending supervision is not keeping the attending in the loop. I think it is helpful for attendings to make clear to the resident physicians who they supervise that they are encouraged to contact the attending if they have any concerns about a patient. One thing that I always tell my team when I’m starting with a new team is I’d rather know than not know; or, if you’re wondering whether or not you should page me, that means you should page me. I want them to have a really low threshold to get in touch with me so that I can be aware of what’s going on with our team.

Q.) In fact, we have been involved in projects that design triggers that actually tell residents and attendings what kinds of situations you’re going to contact the attending. Can you talk about that?
A.) Yes, of course. I think having specific triggers that dictate when the house staff should contact the attending are useful for at least two reasons. One is that it allows you to come to a clear consensus, you know, what are the circumstances in which you should call the attending. Additionally, it just represents another effort to implement a systems-level fix to a problem that we’ve acknowledged sometimes exists. So with support from CRICO, some of the Harvard surgery services developed a list of what they called critical patient events that automatically trigger the resident to promptly contact the attending physician. On the list of critical events was, and I’m quoting here, ‘medication and treatment errors requiring clinical intervention,’ which would likely have included the event that occurred in this case.

So a second patient safety issue potentially at work here concerns time of day. From the information available, it sounds like the patient deteriorated overnight. This points out the importance of a well-executed handoff between the day team and the night team. Again, this is a process that benefits from being systematized.

Q.) How do you do that?
A.) An example is I-PASS and this is a systematic approach to handing off patients, which has been shown to reduce medical errors. One component of I-PASS is clearly specifying how sick a patient is. For instance, they usually say the patient is either stable, unstable, but then in between is what they call a “watcher.” And this patient probably would have been called a watcher, which means, although they’re not frankly unstable, they are someone who warrants really close monitoring overnight. And I have to at least wonder that if it had been clearly stated this is a patient who could get sick, maybe that that would have let the overnight team know that this is a patient who they should be checking in on, once an hour or regularly. Should that patient continue with oxygen monitoring? Is all the appropriate monitoring and vigilance in place, given the patient had been recognized as someone who had the potential to clinically deteriorate overnight?

Subscribe to MedMal Insider
Sign up and keep up.
First Published – December 22, 2017
Related To: Communication,  Emergency Medicine,  Nursing,  Other Specialities