A health system effort to address the harm to providers exposed to trauma and the normal course of suffering.

Hospitals are increasingly aware of the harm done to health care providers who are exposed to the trauma of serious adverse events and the normal course of pain and suffering they may see routinely. Research indicates that doctors and nurses experience the same physical and emotional reactions as other professionals who witness these human traumas. Sleeplessness, rumination, intrusive thoughts, changes in appetite, difficulty with relationships, absenteeism, and substance abuse are among the symptoms.

None of that is good for future patient care. A recent study by a research team at the University of Missouri School of Medicine in Columbia showed a predictable course for clinicians after an event.

“We almost saw it as a responsibility to figure out more about what's going on with these clinicians.”

Susan Scott is Patient Safety Coordinator for the University of Missouri health system. She led a qualitative study of 31 so-called “second victims,” doctors and nurses who were involved in a serious adverse event or terrible clinical outcome. The study found a common trajectory.

“We identified six specific stages that involve the recovery process for second victims and we called it our trajectory of recovery. The first stage is chaos and accident response, second intrusive reflections, third is restoring persona integrity followed by enduring the investigation phase, five is obtaining emotional first aid, and six is unique, it's called moving on, but the second victim can take one of three paths. They could drop out, they could survive or they could thrive.”

Scott and her colleagues developed a program that addressed these needs, and operationalized clinician support. The program is called “For You.” Dr. Kristin Hahn-Cover is a University of Missouri internist and the medical director for the office that oversees patient safety, risk management, and quality control, including the “For You” caregiver support program.

“The program that we established was a peer support network. We initially trained peer supporters from areas that we thought were vulnerable to having bad patient events. So areas with high acuity, pediatric areas, for example, because we know that people who take care of children, babies and have bad things happen to those children and babies, whether related to a medical error or not, are more likely to suffer personally from those events.”

The peer supporters are trained to look for risky situations, and outward signs that an individual clinician may need support. These may include responding to a high-profile event, or a fatality involving a clinician who had a long-term relationship with the patient, or a personal association, which can be as simple as sharing a first name. Dr. Hahn-Cover says the intervention can be as simple as having a cup of coffee with the provider.

But if longer-term professional counseling is indicated, the chaplaincy, Employee Assistance Program, or psychiatric services are oriented to the program and can be activated on a fast-track basis. During off-hours, a pager is used for a centralized peer support resource.

“Really our role is to provide peer support, to help people who need the support, who are going through a bad event, understand that their experience is normal, provide a listening ear so that they feel emotionally supported during this bad event, and optimally can continue with their professional duties. Our primary goal is to have people be able to continue doing the hard jobs in healthcare that they do with a sense of satisfaction and not too much personal emotional toll. Our goal is to facilitate that, so sometimes the contact happens by phone. Sometimes it happens face to face. Sometimes it happens on the spot. Sometimes it happens the next day, just depending on the needs of the person who calls.”

“We had one person who contacted the team because he was going through a peer review inquiry that was really devastating to him, so we have had some calls for help that we didn't expect. I think the other thing that's been interesting to me is certainly in getting physicians to participate in the team, to be peer supporters. Out of the 47 clinicians, we only have six doctors, and we certainly have many more doctors than that in our system. So we have not had robust response in terms of physicians wanting to be peer supporters. That being said, responses that I've made, one to an anesthesiologist, one to an intensivist, one to a surgeon, all who would be reluctant to talk about the psychosocial needs, were incredibly grateful to have someone contact them just to say, 'I'm concerned about you as a person and how you're responding to this. I'm available to support you as you need it.'“

Susan Scott says that her research has found that if there is no intervention or support, the results can be ultimately debilitating for clinicians.

“What we found was that many times the clinicians suffer in silence for a prolonged period of time and they self-isolate. They will come to work. They will show up, but they're just not the same person that they were. Many are contemplating career-altering opportunities and, in fact, these people that are really suffering intensely describe any of this event as a career-jolting event and how it shook their profession to the core. And many times they will just take extended leaves, extended vacation time, might call in sick, but they're trying to sort out in their mind by themselves what they need to do as the next step. And many times it could be career limiting and altering, and they might even drop the profession altogether.”

Scott says that these problems can affect patient care.

“In this experience they're frequently distracted and more focused on historical, what happened in the past, and not on the future moment. So anytime you have a distracted clinician, you could put future patients at risk by not giving them your full attention and by looking at the details for everything because they are almost haunted by the past and they spend a lot of time thinking about the past patient. And so as a result, potentially future patients could be harmed if they didn't have a respite to try to pull that all together.”

According to Scott, the literature is sparse on this topic, and many hospitals simply don't have enough awareness of the problem or access to well-established solutions. When she speaks on this issue at meetings, fewer than 20 percent of audiences have heard the term “second victim.” However, Scott believes most hospitals are going to have to provide this kind of support eventually. She says the key is to have administrative support, and a process that doesn't wait for a clinician to reach out:

“Some of the 'must-haves' include needs to be available 24/7. It needs to be in the peer format, I believe, someone who is familiar with being a nurse or being a trauma surgeon or being in the operating room. It needs to be someone within their own professional ranks that can support them. They need to have some policies around how to support staff. So there might be some time away from the unit that just needs to happen so that they can regroup and kind of get back on the horse again and get back into the field of battle. They are going to need to have some time, and time is so short in healthcare. We're always going to the next patient or doing the next procedure, and so sometimes the wheels of the progress has to stop, and attention needs to be paid to the staff member, to that clinician, and give them what they need instantaneously.”

Scott says many providers have culture-reinforced resistance to getting emotional help, but it is easier to overcome this when clinical leaders share their personal experiences. Scott says that an experience early in her career with the death of a young trauma victim stays with her many years later. She says a lack of support back then, and a prevailing attitude that this shouldn't affect her made her question her fitness for the profession.

Dr. Hahn-Cover has her own experiences:

“I've been in my profession for 10 years, and I can count seven experiences that still live with me, some more than others, the more recent more than the older ones, but all of them, I can call up specific details. I can tell you where I was when I learned about the problem. I can tell you where I was when I talked with my husband or with my boss about the event. They are very vivid, and I think even still, even though I have some distance on each of them, even still lead me to wonder am I good enough to be in this job? And that's a very typical feeling, typical response. I think the other thing that I have certainly experienced and I have heard—when I have made interventions to other physicians they have said to me—I think we all have the feeling that we see what happened, understand what happened and move on. But it really can take quite some time. For one of the most potent experiences in my career thus far, it probably took me three to four months before this scenario wasn't on my mind during any quiet moment that my mind had.”

Dr. Hahn-Cover mentions that concerns about confidentiality and liability are reduced by the training of peer supporters. They do not talk about clinical details of the case with an affected provider, but they focus on how the provider is coping with the impact on them.

If a case involves a potential error, the event is still investigated. But she believes the hospital has a duty to support clinicians through that process as well.

Article
TEDMED 2014 speakers raise the cry for the medical profession to face the fact that medical errors will occur and it is time to admit and address this. Danielle Ofri, MD a physician and professor, singles out the “toxic culture of perfection” that residents and doctors face and how she believes is degrading the overall patient experience. Elizabeth Nabel, MD, president of Brigham & Women's hospital, begs us to use humility with our knowledge. Patricia Horoho asks us to stop whispering about near misses and start fixing the system.

Article
Once a malpractice case has been resolved, many sued caregivers see value in publicly sharing their experience with physician and nurse colleagues. Those whose cases were resolved outside the courtroom seek an opportunity to tell their side of the story. Others want to demystify the litigation experience for their peers, and some just want to use their personal experience to reinforce key tenets of patient safety. 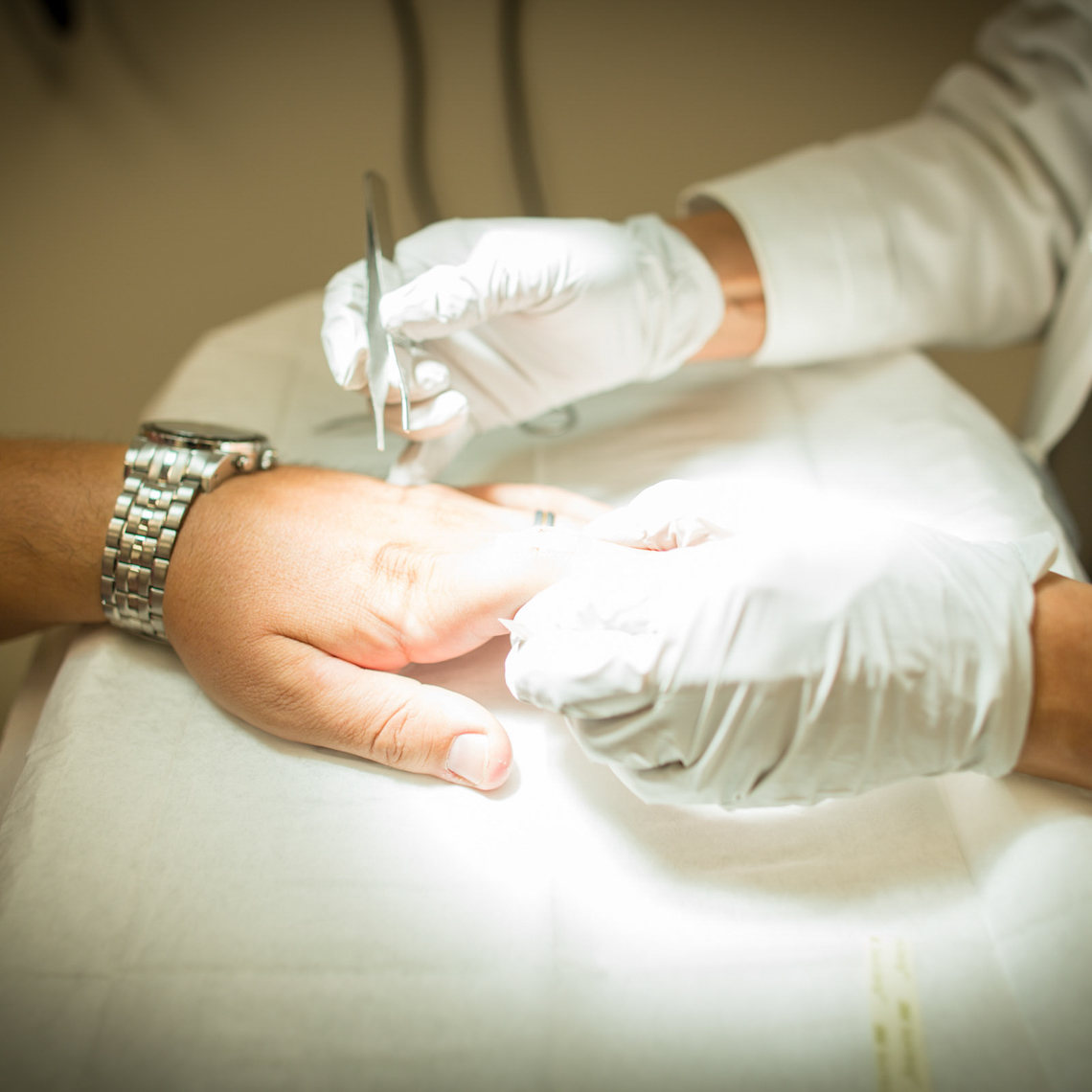 What to do After an Adverse Event

Article
The following checklist covers a range of actions to consider after an unexpected outcome. The seriousness of the event and the relationship between the parties involved will dictate which steps need to be carried out in full, and their sequence. Running through the list will help organize thorough, appropriate, and consistent responses. 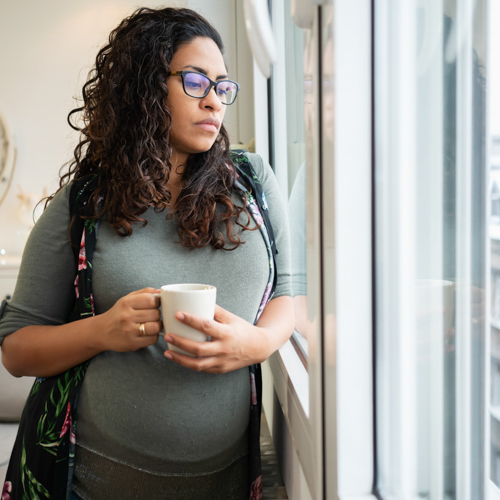 An Essential Tool for Patient Safety

Article
One of the efforts CRICO has fully embraced is combining simulation-based training and team training to improve skills and reduce preventable errors.