Study shows more than a quarter of MI patients in the ED had been seen in the previous 30 days and half of those were sent home instead of the hospital.

That’s according to new research published in the Archives of Internal Medicine in late 2006. Dr. Thomas Sequist was lead author of the case control study, which reviewed 966 medical records of patients with no known history of coronary heart disease who presented to the hospital with an MI. Dr. Sequist is a primary care physician for Harvard Vanguard Medical Associates, and Assistant Professor of Medicine in Healthcare Policy at Brigham and Women’s Hospital and Harvard Medical School in Boston.

“The diagnoses that are typically given are costochondritis or musculoskeletal pain, sort of soreness of the chest wall; gastroesophageal reflux disease; and upper respiratory tract infection. Those tend to be the big chunk of diagnoses that are made incorrectly in most of the cases.”

Many of the patients were actually diagnosed with angina and incorrectly triaged. All of the patients in the study had a chief complaint of either chest pain, shortness of breath, non-traumatic shoulder pain, throat tightness, upper thoracic pain or epigastric pain, dizziness or weakness—and those symptoms had to be related to their ultimate presentation to the hospital.

Dr. Sequist’s team noticed that the patients who actually had a heart attack—in contrast to those who had symptoms in the ED and were seen previously by their PCP but did not have a heart attack—tended to have a higher prevalence of typical cardiac risk factors.

This finding fits with the second aim of the study: is there a predictive tool that might help distinguish patients with low risk of acute cardiac syndrome from those with high risk who should be sent to the emergency room? The study reviewed several coronary risk prediction tools, and found that the Framingham Risk Score shows the most promise. Unlike some other predictive tools, the Framingham score uses data that are readily available in the doctor’s office: blood pressure, cholesterol values, age, gender, smoking status, and diabetic status.

“What we found was that it was an extremely strong predictor of whether or not patients coming in with chest pain or shortness of breath were likely to go on to have an acute myocardial infarction or whether they could be safely diagnosed with some other condition such as reflux disease or musculoskeletal pain.”

Dr. Sequist says the score could be calculated easily by an electronic medical record accessing its own data on a patient. Or with an external calculator in a paper-based system. Such a tool might be particularly useful if the symptoms are vague, and may guide a provider to take the next step of ordering an EKG if the score is high. At a minimum, the study authors say the potential should lead to further prospective studies of its application in primary care for diagnosing acute MI.

Study co-author Steven Lampert, Chief of Cardiology for Harvard Vanguard Medical Associates, points out that primary care physicians who see patients at risk of an acute MI are more likely to see them without classic symptoms—because the patients with more obvious indications, like crushing chest pain, are more likely to go to the ED.

In the primary care setting EKGs are likely to be underperformed because the suspicion of MI is too low.

“In the work that we did I think one glaring factor I thought …was that only about half the patients in which there was a missed opportunity had an electrocardiogram. So, I think that is one thing that anytime there is a reasonable—it doesn’t even have to be high—but a reasonable index of suspicion that this is a cardiac problem, then you need to get an EKG and then the second kind of corollary is that a number of the EKG’s were misinterpreted.  Getting an EKG and getting it read right, I think, would be both very important factors in improving or reducing the missed MI rate.”

Solutions to problems identified in the Sequist study and others like it are scarce because there are not many studies like it. Finding ways to improve outcomes and patient safety in the primary care setting is relatively uncharted territory, compared with research related to inpatient care.

“It tells us yet again that we don’t know very much about patient safety in the ambulatory environment.”

Dr. Robert Wachter is Associate Chairman and Chief of Medical Service at the University of California San Francisco. Dr. Wachter is a national leader in the field of patient safety and medical errors, editing the AHRQ Web M&M and “Quality Grand Rounds,” a case-based series on medical errors in Annals of Internal Medicine. He recently wrote an editorial in the Annals, titled, “Is Ambulatory Patient Safety Just Like Hospital Safety, Only Without the Stat?”

“There are just a huge number of differences in the approaches and I think this study is emblematic of one of the main differences.  We spent a lot of time and energy and a lot of research has been done trying to figure out when a patient comes to the emergency room with the symptoms that might be a heart attack or it might be a stroke or it might be any bad acute problem what do you do?  What’s the algorithm?  How do you manage them?  What are the tests you need to do in the first couple of minutes?  There have been basically no studies that have asked those questions in a doctor’s office and the questions are much harder questions because you have a much less selected sample of patients.”

Dr. Wachter says that EDs usually get the easier calls when it comes to diagnosing heart attacks.

“The hard ones are the patients that don’t come with the label of heart attack on their forehead, but just say ‘I’m dizzy’ or ‘I’m just feeling badly.’ Go into the clinic and you multiply the scope of that problem by 10 or 20 or 50. I mean, your entire day is seeing undifferentiated patients, all of whom could have 1,000 bad things going on. But the vast majority don’t. And trying to figure out ways how do you find that needle in that very, very big haystack is a tricky problem, one that’s going to take new ways of thinking, new diagnostic tools and algorithms, new use of computers, and I think the shocking part is we really haven’t given it very much thought until recently.”

Dr. Sequist concurs. He points out that, even with advantages like well-delineated protocols, emergency departments still have a misdiagnosis rate for MI’s around five percent.

“What we found in the outpatient setting is that there really aren’t any protocols, so a patient comes in and they present with chest pain and it is really then up to the individual primary care clinicians who have seen the patient to decide what kind of workup happens for that patient.  There isn’t a standard for when to check an EKG on a patient or who to check an EKG on.  There isn’t a standard of any other type of evaluation that has to happen. And as a result of that what you see when you look at the type of evaluations that go on in the primary care setting is not surprisingly you see a huge amount of variability across different primary care clinicians and across different primary care clinics.  So, you see lots of patients who never get EKG’s performed.  You see patients who are sent home and subsequently experience an acute MI.”

The advice from cardiologist Dr. Lampert is to provide extra follow-up with patients for whom the cardiac diagnosis in the differential was less certain.

“The issue is those patient who you don’t send to an emergency room. I think good close follow up on people where there is a possibility, but you weren’t certain, you know, a phone call the next day to make sure they are doing okay.  Many of the patients that made it into our study were readmitted on average about eight days, ranging inter-quartile, meaning between the twenty-fifth and seventy-fifth percentile, which was between 3 and 15 days.  So, there is time to at least call the patient.  I think you would at least feel better if you would at least call the patient back and golly, if they are still having symptoms despite what you did on the incident visit. You may reconsider your diagnosis.”

Article
Before many of her colleagues really “got” what she was doing, Dr. Kriegel was trying to systematically make care better and safer for their patients too. Today this places her at the center of a data and dollar-driven movement to reduce preventable bad outcomes in ambulatory medicine. 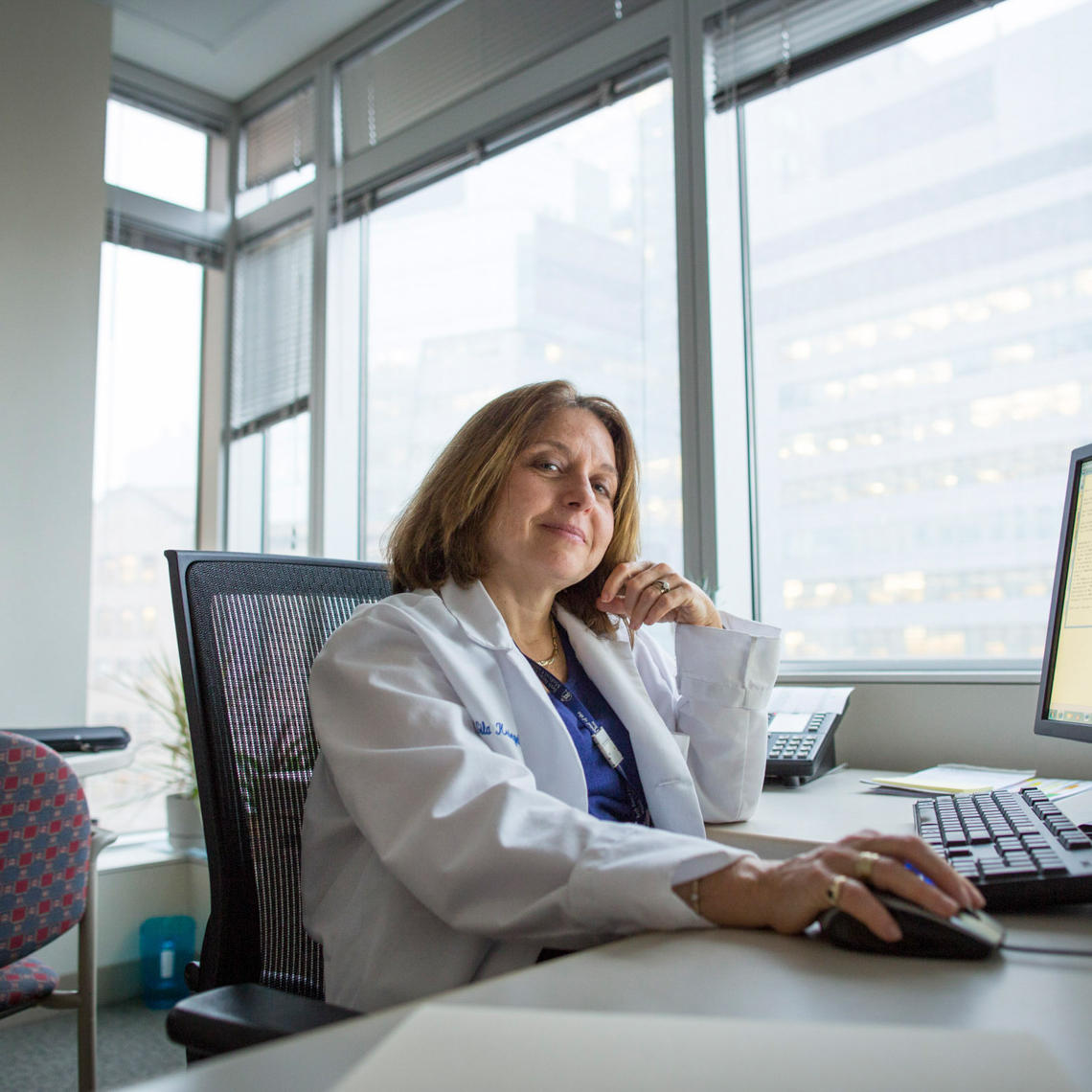 Article
Systems could have helped one doctor to consider colon cancer screening, and another doctor to follow-up on a referral. 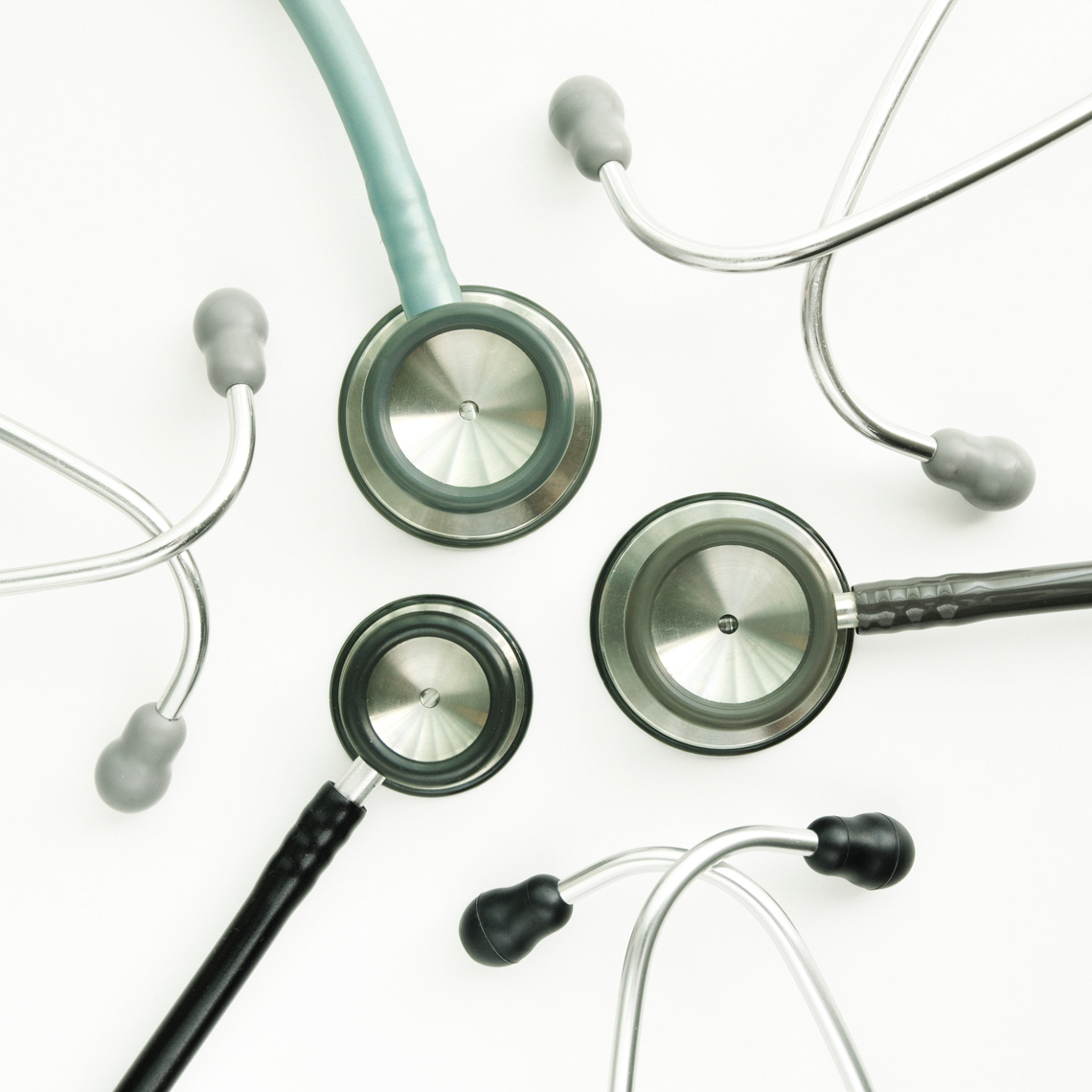