Chronology of a Malpractice Case 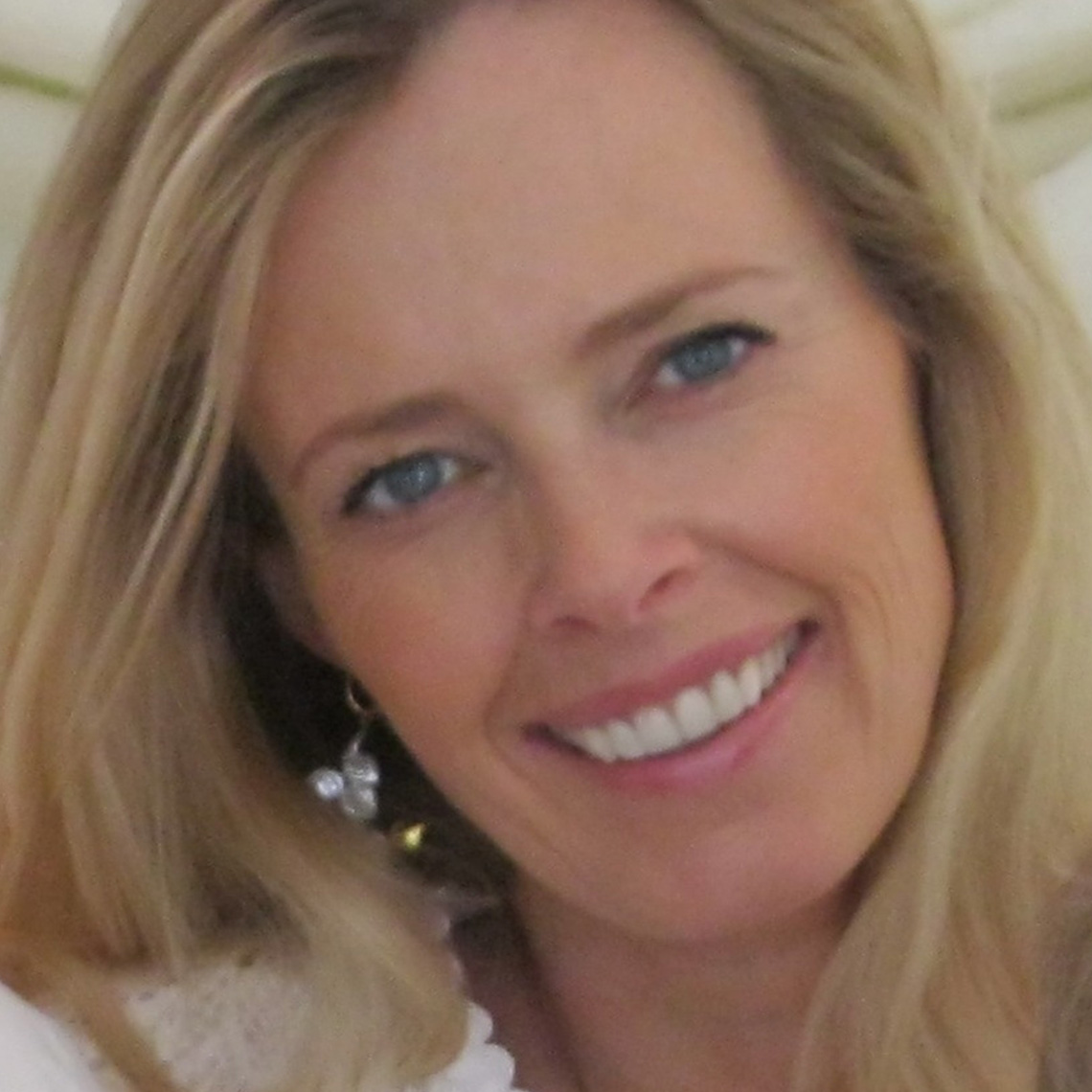 I am generally an enthusiastic supporter of CRICO. At a time when most of my colleagues still recoil from the idea of voluntarily talking to a malpractice claims representative, I have mine on speed dial. I have no qualms about sharing a bad outcome or reporting the actions of a litigious family. In fact, I find it liberating to have someone else besides me worry about a potential claim, sort of like the feeling one gets after confession. Despite my earnest reporting efforts, it came as a big surprise when I was named in a suit that I didn’t see coming. CRICO put together a cracker jack team and after five years of living with the fear and embarrassment of a medical malpractice case, I was exonerated.

Recently I was looking through the CRICO website and came upon the Chronology of a Malpractice Case and realized that for a corporation in the med-mal business, CRICO got it all wrong. Steps 1 through 4 more or less occurred, but the algorithm doesn’t really capture the whole process from a physician’s point of view. I have with much thought and no research, come up with my own chronology of what really happens during a malpractice case and have outlined the stages below.

A physician usually first becomes aware of a medical malpractice suit when the sheriff drops by the office with the gift of a Summons. The actual filing of the Complaint in the Superior Court goes by without our knowledge (or consent). Despite the requirement that an officer of the court deliver the Summons, it turns out that once he arrives in the office, he can hand the darn thing to anyone standing around. So not only do I get sued, I get cheated out of the chance of meeting a real life sheriff. My billing person, Kathy, was the lucky recipient of the Summons and Complaint and out of fear of stage 2 (see above), decided to let someone else give it to me three days later.

Come Monday morning, I was asked to take a seat in a partner’s office. “It’s nothing to be worried about,” I was told. “It will go away.” Despite an immediate physical reaction that felt like a bowel obstruction with a side of a heart attack, my mind remained calm and I said, “This is a mistake. This can’t be happening. Nothing went wrong.” My partner nodded sympathetically.

What I consider to be the signature reaction of Stage 1 came next: the immediate need to call the patient and family and explain everything. I was convinced that once they understood the medicine behind what had happened, we would reconcile over the misunderstanding and they would drop the case. My office manager, who is experienced in matters of this kind, tackled me on the way to my phone and after pinning me down, told me that I cannot contact the plaintiffs (as the family now preferred to be known). It made no sense to me to not take care of this unfortunate situation with openness and honesty right now. The office staff took turns sitting on me until all the phones in my office were removed. To this day, I still can’t fully grasp the concept of not being allowed to contact the plaintiffs without the interference of lawyers. Deep down I believe it is a conspiracy introduced by the trial lawyer lobby. I was advised to not discuss this case with anyone but my attorney and my husband, who is wonderful but absolutely no help in matters such as this, and then five years of a Mafia-like omerta ensued. The rules of conduct were introduced to me similar to Emily Post’s Rules on Etiquette. I quickly slipped from the denial of stage 1 to stage 2.

After berating the office staff for keeping secrets from me, I lit into the hospital risk manager for not letting me know that records were requested from an attorney for the patient in question. I was miserable and willing to take everyone down with me. I hated patients. I didn’t trust any of them. I barely smiled and refused to console them when they cried. I may not have used as much local anesthesia during that time as I could have.

Unable to sleep, I came up with the scathingly brilliant idea that captures the true essence of stage 2; I was going to sue the plaintiffs for ruining my life. I would calculate all the time spent out of the office in depositions and court days and demand to be made whole. This did not even come close to the pain and suffering that I was going through. My “worry lines” were going to need their own trust fund for plastic surgery as they grew deeper and increased in number. After spending four and a half painful hours in my deposition debating everything including my gender, I added the plaintiff’s attorney to the list of people who contributed to my pain and suffering. Not surprisingly, the “rules and regs” of malpractice cases don’t really go in for that kind of retaliation so after awhile I moved on to stage 3.

After the initial shock of being named in a suit wears off, everything sort of goes back to normal. Everyone goes back to their corners and nurses their wounds (OK just me) and then life goes on. I remember walking the corridors in the hospital wondering if everyone could tell that I was being sued. Sort of like you do after you lose your virginity. No one noticed and I found out later that, at any one time, 60 doctors are walking around my hospital feeling like they are the only ones involved in a malpractice suit. I wish I knew that back then.

So with the reprieve due to an overcrowded court system, I continued on with my practice. I stopped blaming every patient for the plaintiff’s actions. In fact, I became a better but more expensive doctor. I listened to patients and their families and explained everything four or five times. My documentation got longer as I included every possible complication of care that I could spell. I ordered every study our radiology department offered. In retrospect, I am probably solely responsible for the health care crises in the United States. By practicing so thoroughly I was ensuring that I would never end up in a claim again. By living such a “clean” life I would make amends for whatever oversight led to me getting sued in the first place. I was bargaining with God. In response, I got Obamacare.

As the date of the trial came closer and nothing I was allowed to do could stop it, I became resigned to the fact that I was going to court. The denial, anger and bargaining were gone and I was left with sadness. The only good part of this stage is that those last five pounds of baby weight finally melted away. I couldn’t turn to my colleagues at work because of the gag order. I did have the impulse once to tell everyone in the hospital lunch room and my relatives in Holland just to see if the plaintiff’s attorney would subpoena them all during the trial, but I didn’t. I thought about other careers and actually started looking at online job advertisements. Not many companies were looking for ex-surgeons. I was depressed by the whole situation.

I went to trial because I had to. It wasn’t because I had any epiphany of acceptance. In fact, I still don’t acknowledge that this is the best way to resolve medical injuries or disputes. I was fortunate to make it out the other end without a verdict against me. I’m glad because the Massachusetts Board of Medicine has just sent me an email informing me that all verdicts will remain on their website in perpetuity instead of the customary 10 years.

I propose that CRICO adopt my new algorithm for the Chronology of a Malpractice Suit as displayed above. Uh-oh, scratch that, as they like to say in the biz. On a second look for copyright privileges, it appears that Dr. Kubler-Ross came up with these in 1969 to describe the stages of grief when patients were faced with impending death or other extremely awful fates. I have no insight as to whether or not she ever experienced a medical malpractice claim but it is fair to say that from a physician’s standpoint, a med-mal case definitely falls into the “extremely awful” category. CRICO does a great job of representing physicians during a malpractice claim, but the legal stages of a trial are very different from the emotional ones.

I propose that we never get comfortable enough to accept this process as the right path to resolving claims. It is not fair for the patient who suffers a minor injury that does not attract large rewards for the attorneys and therefore cannot find representation and it’s not fair to the health care providers. Even a winning verdict is a losing proposition for the physician and the health care system as a whole. The process needs to change so we never get to stage 4 in either algorithm.